Today’s reading was jam-packed with things to discuss, so I’m going to break it up into the three sections we read.

Allow me to go off topic at the start here and mention something I thought was cool.

Did you catch Job’s friend talking about their fathers?

“Both the gray-haired and the aged are among us,
Much older than your father” (Job 15:10).

“I will tell you, hear me;
What I have seen I will declare,
What wise men have told,
Not hiding anything received from their fathers,
To whom alone the land was given,
And no alien passed among them” (Job 15:17-19).

I remember when I first learned from Christine Miller that Job’s father was Joktan, and his grandfather was Eber (Genesis 10). She writes,

“There is good evidence to suggest that Jobab, the son of Joktan, was the Scriptural Job.

‘To Eber were born two sons: the name of one was Peleg, for in his days the earth was divided; and his brother’s name was Joktan. Joktan begot Almodad, Sheleph, Hazarmaveth, Jerah, Hadoram, Uzal, Diklah, Obal, Abimael, Sheba, Ophir, Havilah, and Jobab. All these were the sons of Joktan. And their dwelling place was from Mesha as you go toward Sephar, the mountain of the east.’ Gen 10:25-30

“Job was settled in the land of Uz, the son of Aram, the son of Shem, when his book opens. His generation came after the general migration of families, which took place in Peleg’s day (for in his days the earth was divided); thus we find him settled in the family allotment of Aram (modern-day Syria). He was born in the 6th generation after the Flood, sharing the same generation as Reu, so we assume his birth was similar to Reu’s numbers, [approximately] 131 years following the Flood (Gen 11:18). He would have been a young man of [approximately] 30 years when the 7th generation began.”

Did you know that we get the word Hebrew from Job’s grandfather Eber? So Job was part of the early Hebrew line of people! It was during his Uncle Peleg’s time that the Tower of Babel incident happened.

So here’s an interesting thing. Noah was still alive during this time! In fact, Noah died after Peleg (Joktan’s brother)!

And Shem was still alive. And so was Arphaxad. And so was Salah, and Eber, and Job’s father Joktan. Wow!

So when Job’s friend Eliphaz says, “Both the gray-haired and the aged are among us, much older than your father” (Job 15:10), he is talking about Noah and all those guys! Yeah, I’d say Noah was “much older.” Noah died at 950 years of age. That’s almost an entire millennium!

And notice that Eliphaz says all the land was given to their fathers (Job 15:19). Yes, it most certainly was! It had all been divided out among 70 sons (Genesis 10), and those 70 land grants became the beginnings of our nations today.

I know this was off topic, but I find it fascinating. Eliphaz isn’t kidding when he says that the wise men and fathers had passed along much wisdom to them. Of course, in those seven generations, we also know that Ham, Canaan, Nimrod, and the rest of their family had passed along much idolatry to everyone.

So it is to this amazing “cloud of witnesses” that Job has the audacity to make this claim:

Since Job was so wealthy, it is likely that people from many thousands of miles away had heard of him. And if his three closest friends were convinced that these terrible things had happened to him because of secret wickedness, you can be sure that Job’s scandel was the gossip talk around the wells in the evening, at the city gates, among the housewives making supper, and the story told by travelers sharing news from one town to the next.

That must have really stung! Honestly, I think this would almost hurt worse than losing his children, his riches, and his health. I think this is part of the reason why Job says “[I have] laid my head in the dust. My face is flushed from weeping” (Job 16:15-16).

He takes a small bit of comfort from the fact that YHVH could see the truth.

Every thought, every word, and every conversation Job had participated in was recorded in heaven (Matthew 10:26; Matthew 12:36). He knew that there would come a day when he could stand before a Heavenly Judge who would bear witness to the truth of his innocence.

Can we look into our hearts (thoughts) and find no violence, let alone on our hands (actions)? Is every prayer for others pure, blessing rather than cursing? I think it must be possible to be righteous, not to be perfect at every moment, but to “keep our accounts short,” which is an accountant’s way of saying that if we’ve done wrong, we take care of it that day, before the sun sets, and not let problems with others roll over onto the next day, and the next, and the next, when problems are now HUGE and it has become extremely difficult to make things right.

This is what Job was accused of, but Scripture says he was a righteous man (Ezekiel 14:14), so I think his claim to innocence was true. I hope I can be like him!

Again, I think that’s true, but a righteous person makes sure that each day, any sins or trespasses against God or others have been recognized, repented of, and made restitution for.

“If we confess our sins, He is faithful and just to forgive us our sins and to cleanse us from all unrighteousness” (1 John 1:9).

And if you’ll allow me one more “off topic” discussion for today… Is this your first time reading through the Old Testament? If so, you’re not unique. I was 32 years old before I read through my entire Bible, even though I had made many attempts and New Year’s resolutions to do so. The thing that made the difference was that I was tired of the Bible not making sense, and I knew I had never given it a fair shot by actually reading the entire thing. That summer, I read through my Bible in less than 90 days by carrying a little “slimline” version of it around with me all the time, along with a pen to mark things that caught my eye. I couldn’t get enough of it, and I wanted to read it fast so I could understand it better. I found it difficult to put it down, much like reading a paperback mystery novel — only it was a true story and actually applied to my life!

If you’ve never read it, then some of the things mentioned, even in today’s reading (such as Psalm 14:7), won’t make sense to you, so I challenge you to make reading the entire Bible a top priority. Just dig in and read, read, read, as fast as you can, from cover to cover. 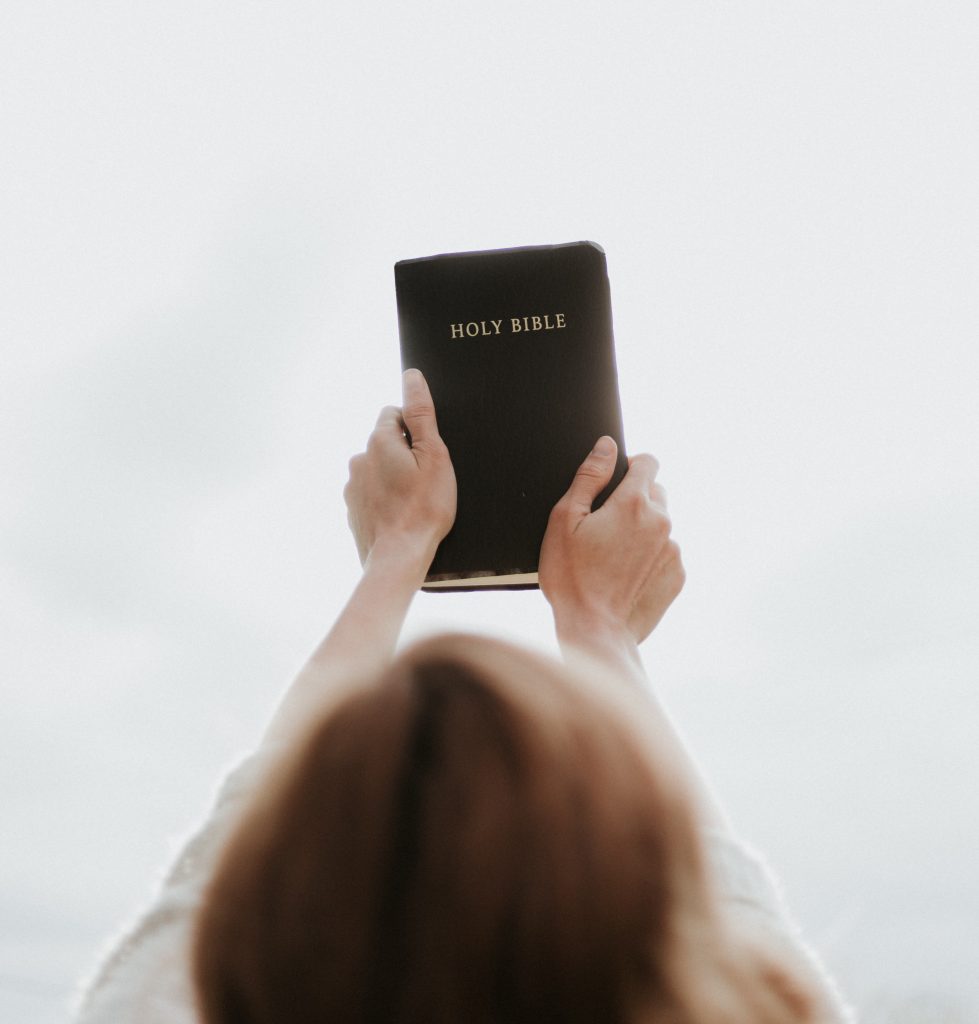 I know this post has gotten long, so I’ll just point out a few things in Matthew 10. I really like this chapter, and if you consider yourself a disciple of Yeshua, I encourage you to memorize this chapter. (One method is to print out the chapter and hang the pages on the front of your refrigerator. Read a few lines every time you open the refrigerator door or work in the kitchen.)

We’ve been discussing “the laying on of hands,” or authority, or exousia (delegated authority). We have seen that Yeshua had exousia (authority) to heal the sick, cleanse the lepers, and raise the dead.

The amazing thing is that today, Yeshua passes along that exousia to his disciples.

“And when He had called His twelve disciples to Him, He gave them power (exousia) over unclean spirits, to cast them out, and to heal all kinds of sickness and all kinds of disease” (Matthew 10:1).

There is a controversy over whether this authority was given only to His twelve disciples, named in Matthew 10:2-4, or whether this authority was later extended to all His disciples everywhere, from that time on. We’ll wait to cover that another day, but I hope you will at least notice the instructions given to His disciples, since reading the writings of the early church fathers (such as Clement) does tell us that those men were taught the same things by their spiritual fathers (such as John) that Yeshua taught here.

I did notice that the instruction not to be afraid was repeated four times in this chapter. I think that means we should pay attention!

“Do not fear therefore; you are of more value than many sparrows” (Matthew 10:31).

And the key point is that we are to love YHVH more than even our own lives. The goal of our life is not to please others, not even our closest friends and dearest family.

We have to determine in our hearts to please only Him, no matter the cost.

That’s a lot to think about! Honestly, I don’t think we could do this unless we do think about these things ahead of time, mulling over in our minds what we would do if we were asked to disobey one of His commands or lose our lives, or told to stop talking about Him or lose everything we have. We need to determine to obey, no matter the cost, even to the point of death.

Live intentionally. Choose your love, and love your choice. Let your love be seen in your actions. Prepare for future choices by reading the Word from cover to cover, and by memorizing Yeshua’s words so that you can act on His instructions.

We’ve all got homework to do.