You are here: Home / Blog / Bible study / We Are the People of God 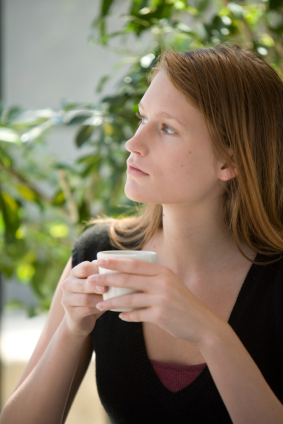 “When the plain sense of Scripture makes common sense, seek no other sense; therefore, take every word at its primary, ordinary, usual, literal meaning unless the facts of the immediate context, studied in the light of related passages and axiomatic and fundamental truths, indicate otherwise.” — D.L. Cooper

This is the rule of biblical interpretation that has been taught to me my entire life, and I try very hard to live by it. However, I’ve been puzzling for quite some time over a particular doctrine, trying to make sense of “the plain sense of Scripture.” When I read my Bible, taking every word at its ordinary, usual, and literal meaning, I came up with a different doctrine than what I have been taught.

Why does this even matter? I promise you, I don’t just have a weird curiosity! LOL! Seriously, I needed to know because there were certain commands and promises for each of these groups, both Israel and the Church, and I wanted to rightly interpret which commands and promises applied to me personally.

My frustration is that I don’t see either of these views in Scripture — not when I read it plainly and literally, using ordinary words in their context.

However, if the Church has replaced Israel, then how could God keep his promises to the literal, physical nation of Israel, specifically regarding the land of Israel? I realize that some prophecies in Scripture are symbolic and allegorical — but the promises to Israel about inheriting the land of Israel look like they are literal, at least when I just open up my Bible and read it in ordinary words. Therefore, the covenant view doesn’t seem to be correct either.

What do I do?! This question has really stumped me, because I had been taught that there were only these two choices. However, if I “take every word at its primary, ordinary, usual, literal meaning,” then I see a third possibility, one that makes sense — but isn’t without its problems. Could it be that the “Church” is simply another word for people from every tribe and nation (ie. includes Gentiles like me) who have been “called out” of darkness by faith in Jesus Christ and “grafted in” to Israel? (The word “church” is from the Greek word ecclesia, which means “called out ones.”) I don’t know what this “theology” would be called, but maybe I could call it “graftology.” In this case, the Bible’s description of only one people of God would still apply. In addition, the literal promises to Israel of a land and future King would still apply.

I’ll continue this at a future time, but if you’re intrigued by this topic, download the 29-page study I did of all the Bible says about the people of God. Yikes! 29 pages? Yes, the Bible really has a lot to say about this topic! Read it and “take every word at its primary, ordinary, usual, literal meaning.” See what conclusions you come to!