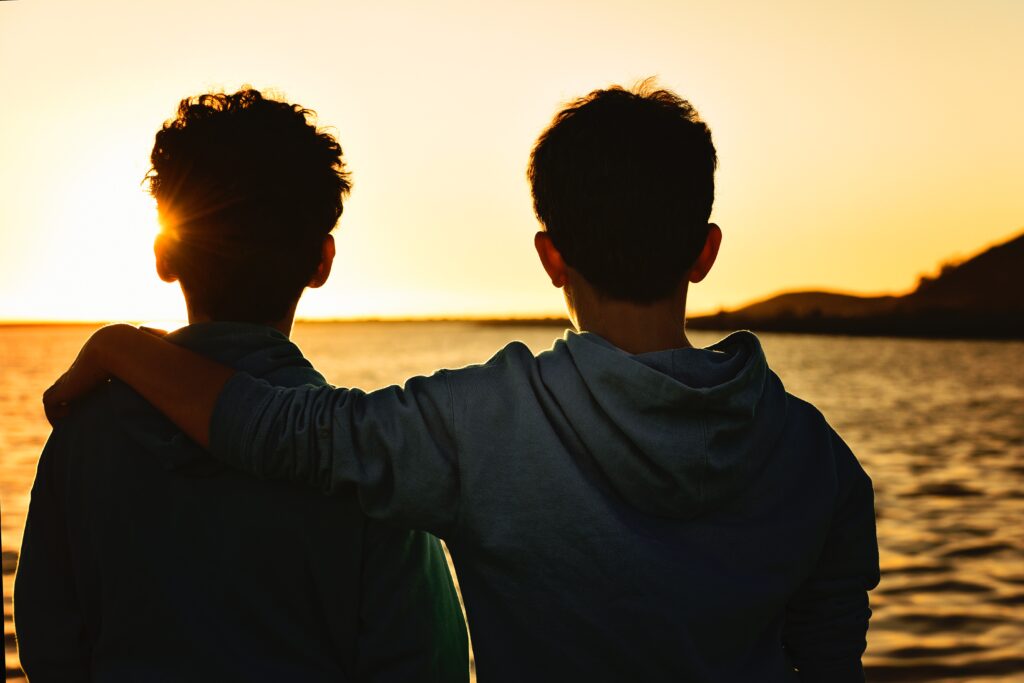 Photo by Jude Beck on Unsplash

Shavua tov! We are starting a new section of Genesis, where we learn about the lives of the sons of Israel, sin and all. I love learning about all the sons of Israel, because I like seeing their personalities and how they sometimes allowed their natural abilities to lead rather than following the Spirit of God in their lives. I can relate to so much of this, and of course, I can try to do better.

We can see the boys in Israel’s home starting to form natural alliances, like kids in any large family would do.

Leah’s firstborn son Reuben sounds like a bit of an adventurer, and was maybe left to himself a bit too much (Proverbs 29:15) as his mother is busy with his younger siblings and problems of his own. And indeed, he got himself into trouble.

“And it happened, when Israel (Jacob) dwelt in that land, that Reuben went and lay with Bilhah his father’s concubine; and Israel heard about it” (Genesis 35:22).

“Reuben the firstborn of Israel—he was indeed the firstborn, but because he defiled his father’s bed, his birthright was given to the sons of Joseph, the son of Israel, so that the genealogy is not listed according to the birthright” (1 Chronicles 5:1).

A few days ago we read about Simeon and Levi, and it sounds like those two were buddies, inseparable, and fiercely loyal to their siblings, those born to their mother Leah. Their loyalty was accompanied by hot tempers and a propensity to violence (Genesis 49:5-7). I can imagine what those two were like as little boys, and I bet you can, too!

Then we see Judah, another loner but also a natural leader, and indeed the leadership of all the brothers passed to him. He wasn’t intended to be the leader, but his natural, enterprising spirit leads his brothers into the grave sin of selling his brother into slavery (Genesis 37:26-27).

“Judah prevailed over his brothers, and from him came a ruler, although the birthright was Joseph’s” (1 Chronicles 5:2).

Later in life, Leah has two more sons, Issachar and Zebulun, and it sounds like they are close in age to each other. As far as I can tell, they were just barely older than Joseph. I don’t see any evidence that they spent much time with Joseph. Later we learn that Issachar enjoys farming, and Zebulun will enjoy living by the sea (Genesis 49:13-15).

Bilhah had two sons, Dan and Naphtali, who were likely best of buddies — and we read that they were getting into trouble (Genesis 37:2). Zilpah also had two sons, Gad and Asher, maybe just a little younger than Bilhah’s boys. You can read about their personalities in Genesis 49:16-21.

I suspect that the family was so large, the property and livestock and holdings were so vast, that maybe the kids just raised themselves. Jacob favored Rachel, and so of course, he favored her son Joseph. You can tell that Joseph was taught up in righteousness, knowing right and wrong, and acting responsibly.

But no one was cultivating family love, kindness, how to treat one another, what tone of voice to use when “tattling” (Genesis 37:2). Instead, they had learned to “pass the buck,” not taking responsibility for their own actions. They learned to lie to get out of trouble, and it sounds like the adults in the home were gullible enough to fall for it.

So the end result is that Joseph is thrown into a “horrible pit,” which is also mentioned in our reading in Psalm 40 today. Yes, it’s easy to say that he somewhat deserved this treatment, because he was telling them his dreams and making himself sound like something special.

Maybe he was a little arrogant.  But we know that the dreams came true, so they were obviously given by God. In other words, they were the truth, and Joseph was trying to speak truth to his brothers and hold them to a righteous standard.

Jacob had the good sense to “keep the matter,” or guard the word of his dreams, as the Hebrew literally says. I suspect this is when the dreams got written down, which is probably why we have the record of them in such detail preserved in the book of Genesis. (I think writing our dreams down, even when they feel significant, is a smart idea. I use Google Keep for mine.)

Truth is important, as we should not “respect the proud, nor such as turn aside to lies” (Psalm 40:4).

However, there is a right and a wrong way to deal with our brothers. We need to work on our people skills — and teach this actively to our children. After all, if we are descendants of Israel ourselves, doesn’t it make sense that we have some of the same character flaws at work in our lives?

“Therefore, putting away lying, ‘Let each one of you speak truth with his neighbor,’ for we are members of one another. ‘Be angry, and do not sin’: do not let the sun go down on your wrath, nor give place to the devil. Let him who stole steal no longer, but rather let him labor, working with his hands what is good, that he may have something to give him who has need. Let no corrupt word proceed out of your mouth, but what is good for necessary edification, that it may impart grace to the hearers. And do not grieve the Holy Spirit of God, by whom you were sealed for the day of redemption. Let all bitterness, wrath, anger, clamor, and evil speaking be put away from you, with all malice. And be kind to one another, tenderhearted, forgiving one another, even as God in Messiah forgave you” (Ephesians 4:25-32).