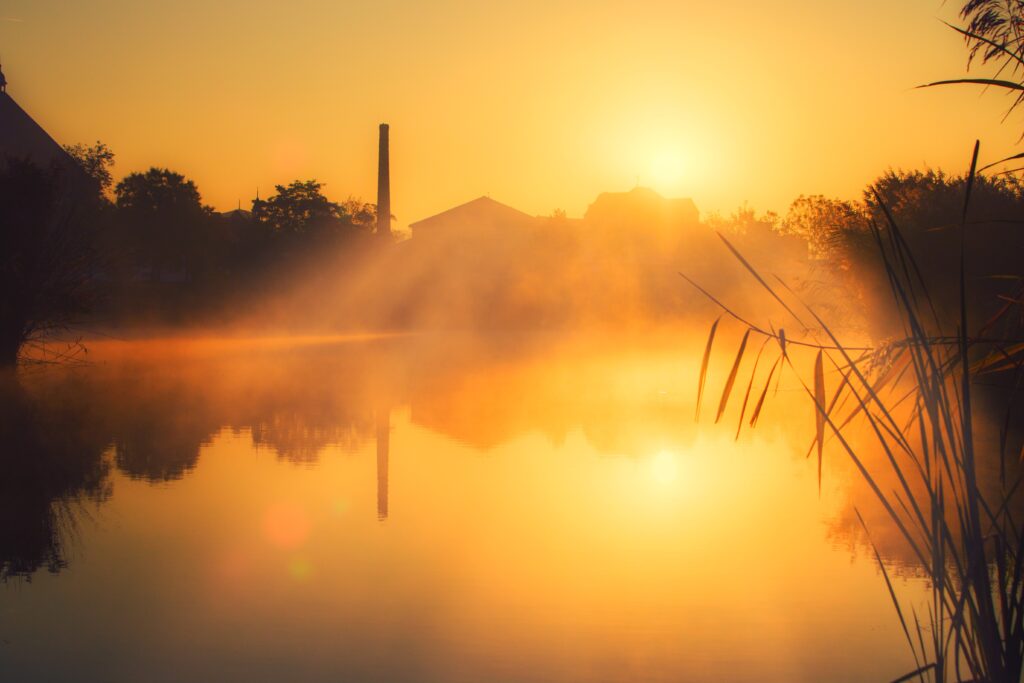 Photo by Martin Vysoudil on Unsplash

Good morning! The sun is up here, and in cloudy Michigan winters, it’s no small blessing to see the sun. Today’s reading reminds me that in good weather and in bad, in times of prosperity and in times of leanness, on the bright days and in the dark nights, the Spirit of God is with us to guide and direct us.

The God of Abraham, Isaac, Jacob, and Joseph is a personal God, one who speaks to His people and lets them know what to do next, never leaving them floundering without His help and guidance.

All throughout the book of Genesis, we’ve overheard the conversations YHVH had with the Patriarchs. Sometimes He would come over for a meal, while at other times He would speak in a dream at night. He made covenant promises to them, and they were used to listening to His voice and following Him.

The Pharaoh of pagan Egypt wasn’t used to such familiarity with the gods. History tells us that he had to act as the mediator between the people and the gods they worshiped, in the form of animals and the sun, moon, and stars. But since we can peel back the curtain and see that those gods were only cruel demons or, at best, mute stones, it must have been a lonely job at times to pretend to be a god, when in fact the Pharaoh was just as human as the next guy.

On the night Pharaoh had two dreams, waking between them and struck with the fact that there was something different about those dreams, something almost sinister with the way the lean cows actually stopped eating grass to cannibalize the other cows, he didn’t have enough of a relationship with the Creator to seek His direct counsel on what the dreams meant.

“So Pharaoh awoke, and indeed, it was a dream. Now it came to pass in the morning that his spirit was troubled, and he sent and called for all the magicians of Egypt and all its wise men. And Pharaoh told them his dreams, but there was no one who could interpret them for Pharaoh” (Genesis 41:7-8).

That’s an agonizing position to be in, and he was the leader of the world, so who could he confide in? How could he admit that the gods haven’t spoken to him? When the verse says “his spirit was troubled,” I think his anxiety levels were probably through the roof.

So when Joseph was brought before him, can you imagine how he felt when he heard what Joseph said?

And Pharaoh said to Joseph, “I have had a dream, and there is no one who can interpret it. But I have heard it said of you that you can understand a dream, to interpret it.”

He was going to get not only an answer, but an answer of peace!

Christine Miller writes that the word for peace here is shalom (Strong’s 7965), which means “to be complete, with nothing missing that should be there, and with nothing added that should not be there.” He was finally going to get a reply from “the gods,” or more correctly, the Creator of all, the one true God.

Joseph not only interpreted the dream, but he also gave wise counsel on how to prepare for the coming years of famine. This unselfish advice must have been refreshing in a political world of intrigue, where the masses meant nothing to world leaders.

“Then Pharaoh said to Joseph, ‘Inasmuch as God has shown you all this, there is no one as discerning and wise as you'” (Genesis 41:37-39).

Discernment and wisdom are evidences of the Spirit of God dwelling within a person. Some of that wisdom comes from studying His commands and knowing His character, but some of it comes from direct communication from God, either through guidance throughout the daytime or dreams throughout the night.

As the Psalmist says,

“YHVH will command His lovingkindness in the daytime,
And in the night His song shall be with me—
A prayer to the God of my life” (Psalm 42:8).

We can always tell the voice of God because it brings peace, completeness, “with nothing missing that should be there, and with nothing added that should not be there.” His voice is full of lovingkindness. He gives us a song, even in the darkest night. He allows us to come before Him in prayer — and even better, He is a God who answers.

“Let us therefore come boldly to the throne of grace, that we may obtain mercy and find grace to help in time of need” (Hebrews 4:16).