You are here: Home / Blog / Bible study / The Universal Church 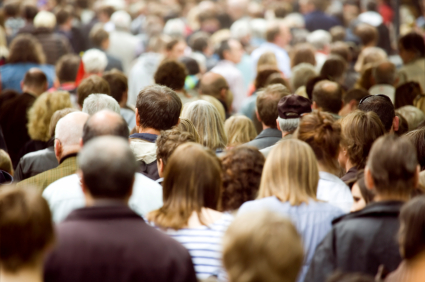 Last week, I started a series on the church. I’ve been compiling a long list of Scripture verses that talk about the church and what exactly it is, because I feel that many women are confused and frustrated with church in general. The Bible commands us not to give up meeting together (Hebrews 10:25), but how can we do that when so much about modern-day church seems messed up?

I found over 250 verses about the church in the New Testament alone. That’s a lot of discussion about this subject! One thing that struck me, though, is that the topic is used in two different senses. First, the Bible speaks about every believer that has ever been called-out of God, at any time, and in all places. Theologians call these believers part of the “universal church.”

However, verses that talk about the universal church only account for about 10% of all the discussion on the church. Everything else is talking about small, local assemblies of believers who gather together for various purposes, known to theologians as the “local church.” That is significant!

Why? Because I often see people taking verses that discuss the Universal Church and applying them to their local assembly of believers. This can really mess things up and lead to some funny ways of understanding the Bible.

So for today, let’s take a peek at the Universal Church, then we’ll start looking at the Local Church next week.

Who the Universal Church Includes

The Scriptures are very clear about who is included in the Church. Last week, we saw that the word church is the Greek word ecclesia, which simply means “called-out ones.” Who are the ones that God is calling out to Himself?

“[Caiaphas] prophesied that Jesus would die for the Jewish nation,and not only for that nation but also for the scattered children of God, to bring them together and make them one” (John 11:51-52).

Jesus came to seek and to save that which was lost (Luke 19:9-10), and the Bible defines these called-out ones as Jews (Israelites from the tribes of Judah and Benjamin), but also the “scattered children of God,” which would include those from the ten northern tribes of Israel and all Gentiles who turn in repentance to the one, true God and are grafted into Him (Romans 11:13-25).

We are living in the “Church Age,” which is just the fancy way theologians have of saying that God is bringing all of these people together into one body and making them one.

“Therefore, remember that formerly you who are Gentiles by birth and called “uncircumcised” by those who call themselves “the circumcision” (that done in the body by the hands of men)— remember that at that time you were separate from Christ, excluded from citizenship in Israel and foreigners to the covenants of the promise, without hope and without God in the world. But now in Christ Jesus you who once were far away have been brought near through the blood of Christ” (Ephesians 2:11-13).

“Surely you have heard about the administration of God’s grace that was given to me for you, that is, the mystery made known to me by revelation, as I have already written briefly. In reading this, then, you will be able to understand my insight into the mystery of Christ, which was not made known to men in other generations as it has now been revealed by the Spirit to God’s holy apostles and prophets. This mystery is that through the gospel the Gentiles are heirs together with Israel, members together of one body, and sharers together in the promise in Christ Jesus” (Ephesians 3:2-6).

“Now to him who is able to do immeasurably more than all we ask or imagine, according to his power that is at work within us, to him be glory in the church and in Christ Jesus throughout all generations, for ever and ever! Amen” (Ephesians 3:20-21).

“You are all sons of God through faith in Christ Jesus, for all of you who were baptized into Christ have clothed yourselves with Christ. There is neither Jew nor Greek, slave nor free, male nor female, for you are all one in Christ Jesus. If you belong to Christ, then you are Abraham’s seed, and heirs according to the promise” (Galatians 3:26-29).

Jesus repeatedly said that at His second coming, He would “gather” all His called-out ones from the four corners of the earth.

“And he will send his angels with a loud trumpet call, and they will gather his elect from the four winds, from one end of the heavens to the other” (Matthew 24:31).

“When the Son of Man comes in his glory, and all the angels with him, he will sit on his throne in heavenly glory.All the nations will be gathered before him, and he will separate the people one from another as a shepherd separates the sheep from the goats.He will put the sheep on his right and the goats on his left. Then the King will say to those on his right, ‘Come, you who are blessed by my Father; take your inheritance, the kingdom prepared for you since the creation of the world'” (Matthew 25:31-34).

Note: The books of 1 and 2 Thessalonians have lots of good reading about this topic.

The Church Belongs to Christ, Not to Us

Several word pictures are used in Scripture to describe this relationship between Christ and His Church.

A Household: “…know how people ought to conduct themselves in God’s household, which is the church of the living God, the pillar and foundation of the truth” (1 Timothy 3:15).

So it’s His responsibility to build the Church, to maintain it, to preserve it, to purify it, to plan it, and to nurture it. Really, it’s refreshing to think about this. Building His Eternal Church (all those capital letters are intentional) is His Job and His Worry — not mine. Ahhh… I feel better already. He has given me specific jobs, but figuring out His grand scheme and plan isn’t one of them. Whew.

What the Universal Church Is:

What the Universal Church Is Not:

“For the husband is the head of the wife as Christ is the head of the church, his body, of which he is the Savior. Now as the church submits to Christ, so also wives should submit to their husbands in everything.  Husbands, love your wives, just as Christ loved the church and gave himself up for her to make her holy, cleansing her by the washing with water through the word, and to present her to himself as a radiant church, without stain or wrinkle or any other blemish, but holy and blameless. In this same way, husbands ought to love their wives as their own bodies. He who loves his wife loves himself. After all, no one ever hated his own body, but he feeds and cares for it, just as Christ does the church— for we are members of his body. ‘For this reason a man will leave his father and mother and be united to his wife, and the two will become one flesh.’ This is a profound mystery—but I am talking about Christ and the church” (Ephesians 5:23-32).

Hallelujah! How loved we are…
>> Read the entire blog series on the Church here.

P.S. To be continued… (or, the practical stuff is still coming…)