You are here: Home / Blog / Priorities / Parenting / Mothering / How to Correct Fighting Children 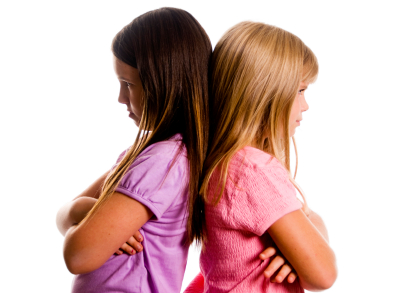 Way back in September, I wrote a post called “Sibling Fighting Isn’t Funny.” One reader wrote,

“I would love to hear what you do when your kids do argue or fight. Mine don’t say hateful things, or punch each other, but this summer was particularly bad in arguing, taking offense, offending the other in the silly little things. Most of the time they are best friends and will move mountains for each other, but it seems to be that or the extreme opposite, even for just a few moments. I pulled out my Creative Correction book (by Lisa Welchel) and implemented some ideas. We went over and over most of the verses [in your post].

But the reality is, the arguments do happen. We are human and sinful, as are our children, and I can’t imagine that your kids never argue. What it would be very helpful, probably for most of us is the ways you deal with the arguments… Can you give practical ideas on dealing with the arguments please?”

Yes, my kids DO argue! You are exactly right; “we are human and sinful.”

If I get mad and frustrated, sometimes it’s because our lives are crazy and stressful — and we’re all feeling the effects, making us lash out in anger and frustration at one another. At times like these, yes, I need to correct them, but I also need to evaluate our schedules, our healthy food intake, our bedtimes, and our outside commitments. Maybe we just need a day of rest and fun!

“A gentle answer turns away wrath, but a harsh word stirs up anger” (Proverbs 15:1).

“A cheerful look brings joy to the heart, and good news gives health to the bones” (Proverbs 15:30).

I can also get frustrated because I feel like I’ve told them and told them, yet they’re not listening. “If I have to tell you one more time…” One of the “stinky” parts of parenting is that I have to remember that my children are made of weak, human flesh, just like I am. It takes time and practice for them to learn, just like I also learn things slowly. I am convinced that one of the reasons God wanted me to have children it because training our children also trains me.

The key verse to remember, whether I’m trying to get my children to stop arguing or any other wrong behavior, is

“The rod and reproof give wisdom: but a child left to himself bringeth his mother to shame” (Proverbs 29:15, KJV).

When my children are fighting and arguing, I cannot choose to ignore the situation. Ignoring them (because I’m tired or don’t want to have to deal with them) will only bring shame upon our home later. Proverbs 11:11 says that a wicked mouth can destroy an entire city, so imagine what it can do to the peace in our home!

Rather, I can teach my children how to be wise in their relationships by using two biblical tools:

Jesus tells us exactly what God’s opinion of anger and fighting is:

In other words, God considers being angry with my brother equal to committing murder!

“Whoever sheds the blood of man,
by man shall his blood be shed” (Genesis 9:6).

Hitting, punching, biting, and other physical aggression should be answered with a punishment that “fits the crime.” In other words, I firmly believe in quickly and consistently spanking for these sins.

Even though arguing and bickering aren’t the same as physically hurting someone else, if I see that words are said in anger, a spanking is also an appropriate discipline.

“What causes fights and quarrels among you? Don’t they come from your desires that battle within you? You want something but don’t get it. You kill and covet, but you cannot have what you want. You quarrel and fight. You do not have, because you do not ask God. When you ask, you do not receive, because you ask with wrong motives, that you may spend what you get on your pleasures.”

Fighting comes from lusting for something we don’t have, so in addition to a spanking, it is also appropriate to require my child to make restitution if he stole a toy, to do something kind and giving for his wronged sibling, or maybe to lose a privilege.

What about arguing that isn’t done in anger, such as disputes over “who was right”?

“Do nothing out of selfish ambition or vain conceit, but in humility consider others better than yourselves. Each of you should look not only to your own interests, but also to the interests of others. Do everything without complaining or arguing” (Philippians 2:3-4, 14).

This is the perfect time for “reproof.” Noah Webster defined reproof as “blame expressed to the face or censure for a fault.”

“Child, you were wrong to argue with your brother. You may think your way is ‘right,’ but really, you are being selfish and conceited. You need to humbly let your brother have his way, too. You need to think about him and not just yourself. We will not allow complaining or arguing in this house.”

If this is a first offense, I might have my child start his conversation over again, saying it the right way this time. I also might model a “right way” for him, so he knows what to say and the tone of voice he should use.

In addition to this “reproof,” Scripture clearly tells me how to make the arguing stop:

“Drive out the mocker, and out goes strife; quarrels and insults are ended” (Proverbs 22:10).

“Without wood a fire goes out; without gossip a quarrel dies down. As charcoal to embers and as wood to fire, so is a quarrelsome man for kindling strife” (Proverbs 26:20-21).

“But avoid foolish controversies and genealogies and arguments and quarrels about the law, because these are unprofitable and useless. Warn a divisive person once, and then warn him a second time. After that, have nothing to do with him” (Titus 3:9-10).

An argumentative child should be warned once or twice, and if he continues, he should be sent away to his room, to miss out on the enjoyment and fun the rest of the family is having.

What about unkind words and mean teasing? The Bible clearly says it’s to be silenced.

“Put away perversity from your mouth; keep corrupt talk far from your lips” (Proverbs 4:24).

This might be a good time to require the child to sit on a chair for a time, with no talking allowed.

Finally, I need to be sure to give our children “a way out” (1 Corinthians 10:13) by teaching them how to handle disagreements with others. I can take them to Matthew 18:15-17 and act it out ahead of time. (Doorposts sells a wonderful “Brother Offended Checklist” that is nice to hang on a bedroom wall.)

So let’s review. Rather than just throwing up my hands in despair when our kids sin (because they will sin at times), I need to use a rod and reproof to correct them and give them wisdom. I need to be consistent and intentional in my discipline, rather than reacting in anger or frustration.

And one more thing…

The Bible seems to say that some of the contention in our home has its roots with me, the wife and mother. Not always… but just in case, I have to examine my heart and be sure the kids aren’t learning their behavior from me.

“Better to live on a corner of the roof
than share a house with a quarrelsome wife” (Proverbs 21:9).

“Better to live in a desert
than with a quarrelsome and ill-tempered wife” (Proverbs 21:19).

“…a quarrelsome wife is like a constant dripping” (Proverbs 19:13).

“Better to live on a corner of the roof
than share a house with a quarrelsome wife” (Proverbs 25:24).

“A quarrelsome wife is like
a constant dripping on a rainy day;
restraining her is like restraining the wind
or grasping oil with the hand” (Proverbs 27:15-16).

P.S. I have more parenting advice, links, and recommended reading at https://anneelliott.com/a-womans-priorities/priority-3-children/. Enjoy!