You are here: Home / Blog / Bible study / The Power of His Resurrection 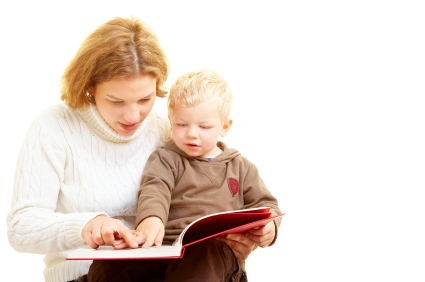 “Did Jesus have a belly button?”

That’s the question my three-year-old son asked me, as we sat together on the couch, reading from The Bible in Pictures for Little Eyes.

I couldn’t believe my ears. What a silly question for such an important page! You see, we were reading the story of Jesus’ crucifixion, and the picture on that page showed Jesus’ body hanging on the cross. I was carefully and gently explaining to my little one about the need for Jesus’ death, as a payment for our sins on the cross. I felt I had been very thorough in my explanation.

So why the ordinary, very off-topic question?

I’ve come to see that it was an excellent question. Yes, Jesus did have a belly button! He was God, yes. The most amazing thing, though, is that God, spiritual and above all His creation, took on human form in order to take our place through death in the payment of our sin.

God, who is a Spirit, took on human, physical, literal form.

There are few who would blatantly deny that Jesus Christ was a literal person, who existed in history and who literally died. Yet, three days after His death, many asserted that His resurrection never happened. To this day, the lie continues, even within the Church, as believers deny that the resurrection is physical. We try to spiritualize everything in the Bible, to allegorize plain truths, because we just can’t believe that physical things could be good.

How could the God of the universe have a belly button?

Plato taught that spiritual things were good and physical things were less than good, if not totally evil. Early Christians tried to harmonize Plato’s teachings with Christianity, believing that physical bodies hold us back and enslave us from our true and more noble purposes. To die is to be released from these prisons, they taught. In eternity, they believed that we would have glorified, spiritual bodies.

Yet the Bible teaches us that our bodies were created by God and were His original intention for us. We are not merely spirits or souls that are trapped in physical bodies. Yes, our bodies were touched by the curse and are subject to corruption. However, the promise of eternal life is that we will be resurrected, physically and literally, and given new and eternal bodies that are free from the curse. Physical, literal bodies.

Proof of Our Messiah

“Now, brothers, I want to remind you of the gospel I preached to you, which you received and on which you have taken your stand. By this gospel you are saved, if you hold firmly to the word I preached to you. Otherwise, you have believed in vain.  For what I received I passed on to you as of first importance: that Christ died for our sins according to the Scriptures, that he was buried, that he was raised on the third day according to the Scriptures“ (1 Corinthians 15:1-4, NIV, emphasis added).

After Jesus’ resurrection, he appeared to two disciples who were walking from Jerusalem to Emmaus. They were sorrowful about everything that had happened to Jesus during the previous week. During their seven-mile walk, Jesus carefully explained to them from the Scripture how everything that had happened had been foretold and must come true, if Jesus really were the Messiah, the anointed and foretold Redeemer. He explained to them that the Messiah had been promised to Adam and that these Scriptures had been carefully written down, preserved, and passed down, from one generation to another. Other prophets also foretold how the Messiah would have to suffer and die, but how He would then be glorified.

“…Beginning with Moses and all the Prophets, [Jesus] explained to them what was said in all the Scriptures concerning himself” (Luke 24:27, NIV).

We know the resurrection of Jesus in His physical body was a real and literal event, not simply because the Scriptures foretold it and give us a true account, but also because it was witnessed by real and physical people and recorded in real and physical history. Paul tells us of some of the witnesses in 1 Corinthians 15. As John Wesley wrote, “He proves it first from scripture, then from the testimony of a cloud of witnesses.”

“[Peter] said to them: “Men of Israel, why does this surprise you? Why do you stare at us as if by our own power or godliness we had made this man walk? The God of Abraham, Isaac and Jacob, the God of our fathers, has glorified his servant Jesus… You killed the author of life, but God raised him from the dead. We are witnesses of this” (Acts 3:12-15, NIV).

The book of Acts records that the resurrection is the very heart of the gospel and is what radically changed the disciples’ lives. At first, they were merely disciples of Jesus, following Him and doing good works in His name. Because of the resurrection, however, they became apostles, sent-out ones, who were impelled to give the news of Jesus’ resurrection to all in Jerusalem, then spreading out to the uttermost parts of the earth.

Belief in a real and literal resurrection gave them courage to stand on trial and to boldly give their lives. They had a firm grasp of real, literal history — not the fake, allegorized “history” of evolution, which removes God from history. Evolution is the so-called wisdom of this world. It isn’t wisdom at all but is foolishness, because “the fool says in his heart, ‘There is no God.’”

Real history says that God is the King of this physical, earthly realm, that He created it to be inhabited by people with real, physical bodies, so that we could show forth His glory with all our actions. Everything we do in our physical bodies shows the evidence of our Creator, because we aren’t capable of doing anything in our own power. Everything we do reflects His glory, and as we constantly give that glory back to Him and mirror it back on Him, He gets the praise.

But instead we try to steal the glory and credit from Him. We become wise in our own eyes, and we try to be like God in what we know and do. When we revolt against Him in this manner, we attempt to steal His kingdom and His kingship, becoming kings of our own domain. Yet without Him, everything we touch is corrupted. We see the fruit of our evil, but we won’t acknowledge it. Rather than admit that this corruption is of our own doing, we blame it all on Him. We gladly reflect back evil to Him rather than all good. We deny His creation, we deny the good of the physical world He made for us to dwell in, and we deny that we should be producing works that bring glory to His name.

Yet He is still King of His creation. History is foretold in His Word, the beginning to the end, and He tells us in His Word that He will establish a new kingdom, a new heaven and a new earth, where He Himself will be coming to dwell with us. Just as He came the first time, in the incarnation, and dwelt in a a human, physical, literal body, so He also is coming again, with a human, physical, literal, resurrected body, to dwell with us here. He is bringing heaven to earth, in a most glorious, pleasurable, and delightful way, literally and physically.

And He is going to resurrect us, too. We will be resurrected to new and incorruptible bodies, ones that have been delivered from the curse of sin and death.

Just as surely as life today is real, physical, and tangible, knowing that the future is certain changes how we live today.

The danger of spiritualizing Scripture is that we feel we are wiser than God. When we look at the suffering and death in the world, we feel that God must be unjust and horribly cruel to inflict such punishment on everyone. We read of an eternal hell, where unbelievers will suffer torment for eternity, and we feel that God must be unloving. We forget that we are all sinners and that we all deserve this punishment, even immediate death for our sin, yet God in His mercy has provided a sacrifice through His Son. It is only by His grace that we awake to breathe each morning and that we can have hope of eternal life with Him in His heavenly kingdom.

Because of our unbelief, we attempt to spiritualize and allegorize what we read in the Bible. It is easier to assume that the Bible isn’t literal, than to believe in a literal hell where our friends and loved ones might spend eternity in agony. It is easier to allegorize than to unselfishly spend time to share Jesus with the lost ones we know. It is easier to pretend it isn’t real and to live with our eyes on this temporary, earthly existence, than to focus our minds on eternity and our heavenly existence. If there will be a physical resurrection of both the just and the unjust, at which time we must stand before God and give an account, then we would certainly change our actions.

“Through him you believe in God, who raised him from the dead and glorified him, and so your faith and hope are in God.

Now that you have purified yourselves by obeying the truth so that you have sincere love for your brothers, love one another deeply, from the heart. For you have been born again, not of perishable seed, but of imperishable, through the living and enduring word of God. For,

‘All men are like grass,
and all their glory is like the flowers of the field;
the grass withers and the flowers fall,
but the word of the Lord stands forever.‘

Recently, I took a piece of paper and began making a list of the basic beliefs to which I hold. What makes my “religion” different from all others? Why would I hold to a  belief in the Bible, claiming that it is true above all other religious writings? Most of all, why do these differences matter? Why do they give me joy, peace, stability, and calm in a world of change, uncertainty, and confusion?

The resurrection certainly gives me joy, peace, stability and calm. It gives me confidence in the entire Word of God. It gives me a passion for eternity, since I know that it is real and that I will be raised as Jesus was, with a new and incorruptible body. Finally, it gives me a purpose for living and a reason to share God’s love with everyone He brings into my life.

“Therefore, my dear brothers, stand firm. Let nothing move you. Always give yourselves fully to the work of the Lord, because you know that your labor in the Lord is not in vain” (1 Corinthians 15:58, NIV).