I’m digging deep into the archives this week, to repost this Bible study from early spring 2004… 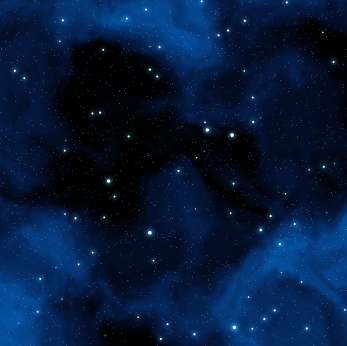 Here we are starting a study of one of my favorite passages of Scripture — Psalm 8.  I memorized this chapter when I was in 3rd or 4th grade, at my little Christian school.  For a whole month, my class recited this verse in unison, but then, to keep things interesting, our teacher offered a giant candy bar to the first student who could say it by memory.  Nope… I didn’t win!  But I still remember it!  🙂

“You alone are YHWH;
You have made heaven,
The heaven of heavens, with all their host,
The earth and everything on it,
The seas and all that is in them,
And You preserve them all.
The host of heaven worships You” (Nehemiah 9:6, NKJV).

With these verses of praise in mind, let’s look at Psalm 8:

Psalm 8
To the Chief Musician. On the instrument of Gath. A Psalm of David.

O YHWH, our Lord,
How excellent is Your name in all the earth,
Who have set Your glory above the heavens!

Out of the mouth of babes and nursing infants
You have ordained strength,
Because of Your enemies,
That You may silence the enemy and the avenger.

When I consider Your heavens, the work of Your fingers,
The moon and the stars, which You have ordained,
What is man that You are mindful of him,
And the son of man that You visit him?
For You have made him a little lower than the angels,
And You have crowned him with glory and honor.

You have made him to have dominion over the works of Your hands;
You have put all things under his feet,
All sheep and oxen–
Even the beasts of the field,
The birds of the air,
And the fish of the sea
That pass through the paths of the seas.

O YHWH, our Lord,
How excellent is Your name in all the earth! (NKJV)

No one really knows what the subtitle means when it states, “On the instrument of Gath.”  Some people think that it was a song sung in that town, or maybe it was sung to a well-known tune that originated in that city, or maybe the Psalmist used an instrument invented there, or (this is cool) maybe it was the song sung by David when he defeated Goliath of Gath! No one is sure.  However, Psalms 81 and 84 also have this subtitle, and both of those Psalms are very happy.  Many have concluded that these three Psalms are “hymns of delight.”  (Spurgeon, C.H., The Treasury of David, Vol. I, Grand Rapids, MI:  Zondervan, 1966)

I’m going to just look at verse 1 today, but I’m going to be a little strange.  I want to look at it BACKWARDS.  LOL!

Living in northeastern Arizona, at our location of 6,300 feet above sea level, isolated by several hours from any cities, and unhindered by trees or tall mountains, we can sure see the stars at night!  Wow!

When we first moved here in the summer of 2002, I remember feeling like I had culture shock.  It was hard to get used to being the only blond-haired, blue-eyed woman (with FOUR blond kids at the time!) in what seemed like a sea of brown faces.  I wasn’t used to the sights, the smells, or the dust storms, LOL! Navajo land was a shock to me, but we also lived in a closed community of just school teachers, who seemed especially fond of quarreling with each other both during school hours and then after school as well!  We had a few drug busts, a student who brought a loaded gun into our housing, and some eggs thrown at our car.  Yikes!

One night I was especially frazzled and teary eyed.  My husband didn’t say anything, but he took my hand and quietly led me out our back door.  He sat down on our back step and thumped the pavement with his hand, as if to say, “Sit, Woman!”  I sat, even though I would much rather have stood so I could rant and rave about our new home.  🙂  He didn’t say anything still, but he started looking up at the stars.  As the tears left my eyes and I could begin to see more clearly, I began to notice how bright the stars were. After some time, Kraig began pointing to first one constellation, then another.  We sat there for over half an hour, just enjoying the stars. Finally, he said, “Anne, if God can make these beautiful stars, don’t you think He can take care of us here?”

“WHO HAVE SET YOUR GLORY”

Genesis 1 tells us that God placed each star in the sky by merely speaking. At His Word, the myriads of galaxies, black holes, and nebulae just WERE. It almost seems as if the universe was God’s playground.  It certainly seems as if He took a lot of pleasure in creating such a fabulous world!

Have you ever read the book of Job?  God allowed Satan to do some terrible things to Job and his family.  Job was distraught, and three of his friends tried to reason with him and comfort him.  Finally, God Himself came to Job. (You can read about it in Job 38-41.)

In effect, God said, “Job, were you there when I set my glory in the heavens?  Is the earth so wonderful because YOU are so wise?”

“I know that You can do everything,
And that no purpose of Yours can be withheld from You.
You asked, ‘Who is this who hides counsel without knowledge?’
Therefore I have uttered what I did not understand,
Things too wonderful for me, which I did not know” (Job 42:2-3, NKJV).

“IN ALL THE EARTH”

Have you ever thought to yourself, “Why would God condemn some native in deepest, darkest Africa to hell?  How could he ever believe in God?  He doesn’t even know God exists!”  God’s reply comes in Romans 1:19-20 (and the following verses):

“…What may be known about God is plain to them, because God has made it plain to them.  For since the creation of the world God’s invisible qualities–his eternal power and divine nature–have been clearly seen, being understood from what has been made, so that men are without excuse” (NIV).

When you look at creation, can YOU see evidence of a God?  Yes, and so can I.  I see His eternal power.  I see that only Divinity could create such splendors.  The only logical conclusion is that there is a God and that I am responsible to Him.

And God’s power is worldwide.  I’m writing this at 3:17 in the afternoon. The sun is shining brightly.  However, I’m aware that at my friend Yvonne’s house in England, it’s after 10:00 p.m.  It’s dark, and she can see the stars.  As the earth slowly turns, I’ll get my opportunity a little later this evening. If we have any readers from New Zealand, they’ll get their opportunity as those of us in the States are waking up tomorrow morning.  There is no one to whom God’s power is not revealed.

“HOW EXCELLENT IS YOUR NAME”

God has many names, but one of His most famous names is the one He told Moses:  I AM.  “Jesus Christ is the same yesterday, today, and forever” (Hebrews 13:8).  The same power that created the universe and raised up Jesus Christ from the dead is available to each one of us TODAY.  And this same power is also available to us tomorrow, and the next day, and on into eternity.  We have no need to fear.

(For an amazing list of some of the names of God, visit http://www.characterbuildingforfamilies.com/names.html.)

This is my favorite part of the Psalm, which is why I wanted to save it for last.  What does someone often say when he receives terrible news?  “O Lord!”  This person might not even have a personal relationship with God! In fact, I’ve often heard it on Home & Garden Television, when someone opens her eyes for the first time and sees a beautifully redecorated living room before her.  What an inappropriate use of the excellent name of God!

“For as many as are led by the Spirit of God, these are sons of God.  For you did not receive the spirit of bondage again to fear, but you received the Spirit of adoption by whom we cry out, “Abba [Papa], Father.”  The Spirit Himself bears witness with our spirit that we are children of God, and if children, then heirs–heirs of God and joint heirs with Christ, if indeed we suffer with Him, that we may also be glorified together” (NKJV).

I once read in a book (and I wish I could remember who the author was, to give her proper credit) about how much she admired and studied the life of the American president Abraham Lincoln.  She felt like she knew him.  Yet she didn’t know him nearly as well as her great grandfather, who had shaken Abraham Lincoln’s hand!  How wonderful it was to be related to someone who had touched such a great president!  Yet neither of them came close to knowing Abraham Lincoln as well as his own little son, who was permitted to come right into the oval office at any time and climb up on those lanky knees.

How well do you know YHWH?  Are you like the African man who merely acknowledges that a divine power exists?  Or have you read your Bible or attended church just enough to realize that there is but one true God, the maker of heaven and earth?  Or have you been reborn into God’s family and are now privileged to call Him “Papa”?

If you’d like to know God that well but you’re not sure how, please feel free to email me privately.  I’d LOVE to show you how a close and loving relationship with God is His supreme desire for you!

P.S.  Today’s topic makes me want to sing!  How about you?  One day, while living in Navajo country, we went out to see some rock formations and listened in awed silence to this song by Steve Green. What songs does Psalm 8 bring to your mind?