One year when I was reading through the book of Deuteronomy, something hopped out at me that I’d never noticed before.

“So Moses wrote this law and delivered it to the priests, the sons of Levi” (Deuteronomy 31:9).

That really caught my attention! So everything that God commanded Moses to give to Israel, Moses wrote it down? That’s what it says, and then he committed it to the care of the Levites.

Hmmm… he wrote it down.

Now follow my train of thought for a second. Earlier in the book of Deuteronomy, we read that the kings of Israel were to take a copy of the Torah (which implies that it was written down), and they were to write it in their own hands and carry it with them even into battle, and they were to read from their copies every day (Deuteronomy 17:18-20).

I had heard that before, but this is what surprised me:

In Deuteronomy 31, Moses wrote down this Torah, and at the end of every seven years, in the year of Jubilee (the year for canceling debts), during the feast of Sukkot when all Israel came to appear before YHVH at the place He chose,

“…you shall read this law before all Israel in their hearing. Gather the people together, men and women and little ones, and the stranger who is within your gates, that they may hear and that they may learn to fear YHVH your God and carefully observe all the words of this law, and that their children, who have not known it, may hear and learn to fear YHVH your God” (Deuteronomy 31:11-13).

Catch this! “Assemble the people… men, women, and children… and the foreigners living in your towns so that they can listen and learn to fear YHVH your God and follow carefully all the words of this Torah.”

Again, these were written-down words.

And their children who did not know this Torah would hear it and learn to fear YHVH their God as long as they lived in the land they were crossing the Jordan to possess.

“So it was, when Moses had completed writing the words of this law in a book” (Deuteronomy 31:24).

And when Joshua became the leader, we read,

“This Book of the Law shall not depart from your mouth, but you shall meditate in it day and night, that you may observe to do according to all that is written in it. For then you will make your way prosperous, and then you will have good success” (Joshua 1:8).

And then we read,

“And afterward [Joshua] read all the words of the law, the blessings and the cursings, according to all that is written in the Book of the Law. There was not a word of all that Moses had commanded which Joshua did not read before all the assembly of Israel, with the women, the little ones, and the strangers who were living among them” (Joshua 8:34-35).

In fact, it continues like that throughout the book of Joshua:

“Joshua recorded all these things in a book of the Torah of God” (Joshua 24:26).

What we can clearly see is that the Torah was written down, in letters, in a book, probably a scroll — so that it could be read. It wasn’t just an oral tradition, passed down verbally.

Now, as I read these things, I think to myself, This implies that the leadership of Israel needed to have basic reading and writing skills at the minimum. Ha! I’m sorry, but these would be beyond “basic.” These men were scholars!

These men were scribes called cephars. They recorded all of the events and histories in books, in addition to carefully copying the Torah. And I won’t go into all of the care that was taken by those men of Israel to copy the Torah meticulously. As a scroll would wear out from use, it was conscientiously copied and… I won’t go into further detail, but that’s just a whole discussion in itself about the care that we should use when we handle the Word of God.

But I just want to point out that it is of utmost importance to teach our children to read. The number-one reason we are teaching them to read is so that they can read and write the Word of God, and so that it can be passed on to the next generation. If we lose our ability to read and to write, then we are not going to be able to pass on these incredibly urgent truths to our children and grandchildren.

In the end times, these evil spirits are going to come out of the mouths of the dragon (paganism), the beast (false Christian religions and humanism), and the false prophet (false religions such as Islam). Isn’t our culture just filled with those voices?

Those voices come out of the mouth of those three beliefs. The words those beliefs are speaking are going out like frogs into the entire world. 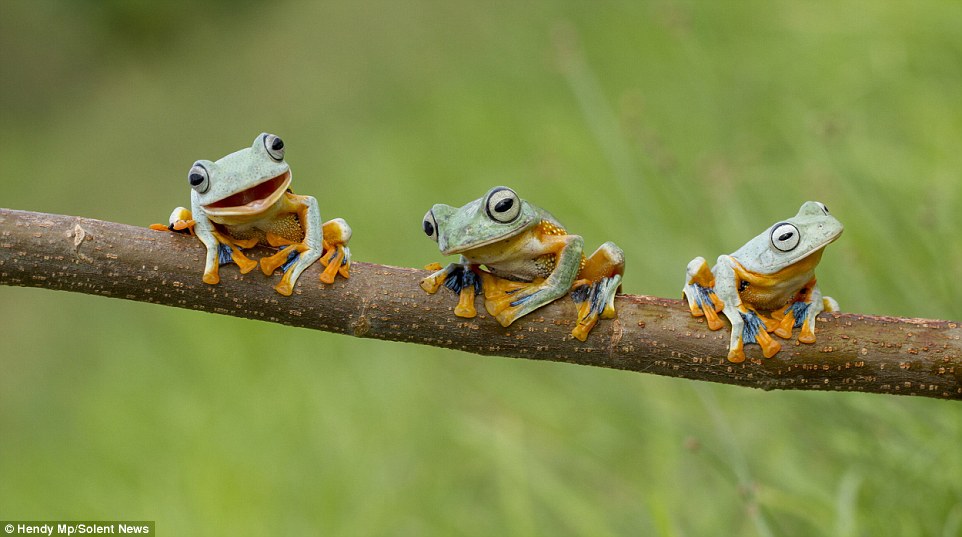 The first time that frogs are mentioned in the Bible is in Exodus, when the plagues of Egypt included frogs. Those frogs hopped everywhere, even into their bedrooms — even into the bedroom of the Pharaoh. Everywhere! No one could escape the frogs.

And it’s the same in the book of Revelation. The voice, the words, coming out of the mouths of the dragon, the beast, and the false prophet are words that are in the air. It doesn’t say they are written down in books, but they could be. First they have to be thoughts, which is what demons do — they speak evil thoughts into the air, which we then believe. They are lies, and they are falsehoods.

It even says that in the next verse:

“For they are spirits of demons, performing signs, which go out to the kings of the earth and of the whole world, to gather them to the battle of that great day of God Almighty” (Revelation 16:14).

So these demons, these demonic spirits, are going to speak in the form of words that embody paganism and humanism and false religion. They are going to be so convincing that they gather all the kings of the earth and all the peoples on the earth to do battle against the great God Almighty.

I think about the words that come into our homes — whether they be in books or magazines, or the newest addition in our lifetimes, the Internet. On our phones and our devices, which even the smallest children have, those demonic spirits are able to lie to our children and lie to us — and we don’t even recognize it.

Like the frogs in Ancient Egypt, they are even able to be in our bedrooms.

It is just an interesting thought to contrast the lying words of paganism, humanism, and false religion with the true, written-down words of the Torah that were committed to them.

“This Book of the Torah shall not depart from your mouth, but you shall meditate on it day and night that you will be careful to do everything written in it.“

The only way we’re going to be able to do everything written in it, is to read it and to teach our children to be scholars and to study the Word and to be able to handle it with great care.

Meanwhile, those demonic spirits are able to proliferate, and they’re hopping everywhere — even into our bedrooms on our devices — and they are easy to listen to, and they are deceptive, and they gather the world to do battle against the great God Almighty.

So I ask you, as you evaluate your reading choices, are you going to instill faith into your children so that they trust and follow, or are you going to allow the frogs into your home — and not squish them and get them out as soon as possible? Let’s call them what they are: a plague! It’s a plague that entices your children to do battle against God!

It’s a choice that we have to make. Again, Joshua, at the end of his life, said those famous words,