You are here: Home / Blog / Bible study / But What Does It Mean?

It is one thing to say we want to neither add to nor subtract from the commands of God, but what if we don’t even understand what we are reading?

Do you remember the Ethiopian eunuch I mentioned from the book of Acts? He was an important official in charge of the treasury of the queen of Ethiopia, but he was also a God-fearer. He knew that the Torah required all Israelite men to travel to Jerusalem three times a year to bring offerings to YHVH in His Temple, and on this occasion, he was on his way home from one of those visits to Jerusalem to worship. He was obviously very wealthy, because he had his own copy of a scroll of Isaiah the prophet, something most ordinary people would never be able to afford.

However, he couldn’t make sense of what he was reading.

The angel of YHVH told Philip to meet this Ethiopian man and talk to him. When Philip heard him reading from the scroll of Isaiah the prophet, he struck up a conversation.

“‘Do you understand what you are reading?’

This man was devout enough to already be making trips to Jerusalem to make offerings! Compare his likely understanding of the Scriptures with what a modern-day American church goer knows.

If this intelligent man needed a guide to help him, we likely do, too!

In fact, this was the dilemma of each of the new congregations that were established throughout the Roman empire by the apostles of Yeshua.

Many were started in local Jewish synagogues, but not all. Because they believed that Yeshua was the Messiah and preached that He had risen from the dead, they quickly faced persecution from both Jews and pagans who wanted nothing to do with this gospel.

They were kicked out of the synagogues and left to study the Torah on their own.

Paul and the other apostles traveled extensively, staying for many months in one location if they could, seeking to establish the new believers in Scripture. They wrote letters to the new churches, answering their questions and refuting false teachers who tried to add to or subtract from the Torah.

But history records for us that just one generation after the apostles, the gospel message of faith in Yeshua and obedience to His commands was being diluted and changed.

The “New Testament” isn’t a new revelation of God that sets aside the “Old,” replacing the commands of God the Father with new and different commands of “Jesus.” Rather, these were history books, accounts of the teachings of their “Rabbi” and Messiah, and letters to new believers, explaining how to live righteously.

We need to go back to basics, back to the beginning of the book, grounding ourselves in the foundation of the Word.

Is It Really Possible for Us to Understand the Scriptures?

The apostle Paul wrote that we do need help to understand the Scriptures.

“And [Messiah] Himself gave some to be apostles, some prophets, some evangelists, and some pastors and teachers, for the equipping of the saints for the work of ministry, for the edifying of the body of Messiah, till we all come to the unity of the faith and of the knowledge of the Son of God, to a perfect man, to the measure of the stature of the fullness of Messiah; that we should no longer be children, tossed to and fro and carried about with every wind of doctrine, by the trickery of men, in the cunning craftiness of deceitful plotting” (Ephesians 4:11-14).

However, it is our own responsibility to compare what we are taught to the written Torah.

After all, when Paul visited the city of Berea, they had the audacity to open the scrolls at their local synagogue daily and check that what Paul said was true!

“These [in Berea] were more fair-minded than those in Thessalonica, in that they received the word with all readiness, and searched the Scriptures daily to find out whether these things were so” (Acts 17:11).

The Scriptures aren’t hard to understand. It’s just that we humans tend to look for mystical meanings, new understandings, which are sensational and appeal to the flesh. We can also get into trouble when we follow leaders who refuse to stick to Scripture alone, adding to the commands of God or subtracting from them.

But the Scriptures alone are easy to understand. 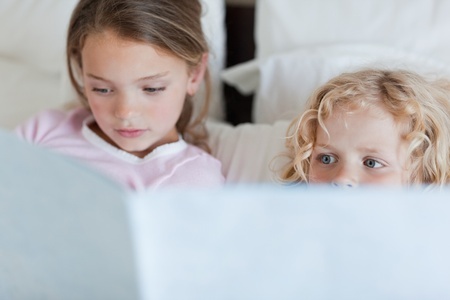 Even a child can understand them, God says.

“And Moses commanded them, saying: ‘At the end of every seven years, at the appointed time in the year of release, at the Feast of Tabernacles, when all Israel comes to appear before YHVH your God in the place which He chooses, you shall read this law before all Israel in their hearing. Gather the people together, men and women and little ones, and the stranger who is within your gates, that they may hear and that they may learn to fear YHVH your God and carefully observe all the words of this law, and that their children, who have not known it, may hear and learn to fear YHVH your God as long as you live in the land which you cross the Jordan to possess'” (Deuteronomy 31:10-13).

Did you catch that? Every seven years, all the people of Israel were gathered together to hear a reading of the Torah – even the little ones!

As a child would listen to the Torah being read, as a farmer would be standing next to his wife, as rich and poor, Levite and common person were listening to YHVH’s commands, they would have understood the simple words.

Things wouldn’t have been complicated with intense theology. Just hear it and carefully do it.

This type of Scripture interpretation is called peshat (pe-shot) in Hebrew. It means “plain, simple.”

Of course, the Israelites spoke Hebrew – and I speak English. The Bible I own is written in English, translated from Hebrew. Translation brings some issues that we’ll discuss in another post, and being removed from the conversation by several thousand years can cause some confusion in a few areas.

But you’d be surprised how much is just plain and simple!

As a beginner, try to take the attitude of simply hearing the Word and obeying it right away, in faith and out of love for your Master.

When you come across something that is hard to understand, ask the Holy Spirit to give you wisdom.

“If any of you lacks wisdom, let him ask of God, who gives to all liberally and without reproach, and it will be given to him” (James 1:5).

Expect God to answer your prayer, intending to immediately obey as soon as you can, and you’ll be amazed at how the Scriptures open up to you.

“But let him ask in faith, with no doubting, for he who doubts is like a wave of the sea driven and tossed by the wind. For let not that man suppose that he will receive anything from YHVH; he is a double-minded man, unstable in all his ways (James 1:6-8).

Have the faith of a child, trusting in your Father and simply taking Him at His Word, obeying what He shows you day by day.

« Learning the Torah
Do Traditions Have Any Value? »