You are here: Home / Blog / Bible study / What Does It Mean to Be Torah Observant? 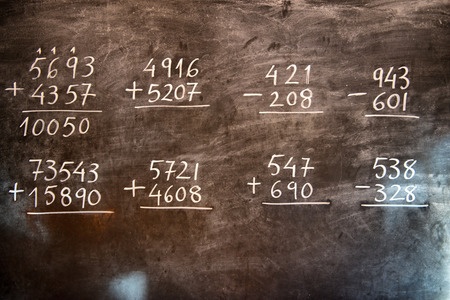 What does it mean to be “Torah observant”?

There has been a new movement all over the world, as believers in Yeshua begin to have their eyes opened and see the need to learn about and obey the Torah. This movement has many names, such as “Hebrew Roots” or “Messianic Judaism,” but the name that I prefer is “Torah observance.”

I like this name best of all because it emphasizes that I have decided to “observe” or obey all that is written in the commands of God.

This “new movement” was prophesied in the Torah, as YHVH told Moses that after many thousands of years of curses had fallen on the people of Israel because of their sin and idolatry, they would “return to YHVH your God and obey His voice, according to all that I command you today, you and your children, with all your heart and with all your soul” (Deuteronomy 30:2).

If you hear me say that I’m “Torah observant,” there are three assumptions you can make about me. These aren’t how everyone in the world defines “Torah observance,” but it’s what I mean by it — just so you’ll know.

My desire is that as you read what I write here on my blog, your love for Yeshua and for His Torah will grow greater and greater.

However, let’s examine the third assumption a little bit more. Torah observance can mean a lot of different things, depending on who you talk to, so I want to be very clear what I mean by “sticking to Scripture only for instruction in righteous living.”

Even better than saying I am “Torah observant” is saying that I’m a “Scripturalist.” A Scripturalist is someone who upholds the entire 66 books of Scripture, including:

Before they entered the Promised Land, Moses warned Israel,

While I firmly believe that all 66 books of the Bible are inspired by God and are included in the term “Scripture,” the five books of the Torah form the foundation:

Apart from what Christianity often teaches, the 61 books that come after the Torah do not add to or take away from what was given to Moses.

“The prophet who presumes to speak a word in My name, which I have not commanded him to speak, …that prophet shall die” (Deuteronomy 18:20).

Yeshua did not add to nor take away from the Torah either.

“Do not think that I came to destroy the Law or the Prophets. I did not come to destroy but to fulfill. For assuredly, I say to you, till heaven and earth pass away, one jot or one tittle will by no means pass from the law till all is fulfilled” (Matthew 5:17-18).

In the same way, if the Apostle Paul were to tell us that the Torah had been done away with, he would also be a false prophet. However, by his own testimony, he upheld the law.

“But this I confess to you, that according to the Way which they call a sect, so I worship the God of my fathers, believing all things which are written in the Law and in the Prophets” (Acts 24:14).

The letters of Paul can be difficult to understand, I admit. He was a student of the famous first-century rabbi Gamaliel. He had been trained in the Torah and the Writings of the Tanakh (Old Testament Scriptures) since he was a young child. He had likely committed most of it to memory. In addition, he had been well trained in “the strictness of our fathers’ law,” which is a reference to the oral traditions that would go on to become the Talmud.

“I am indeed a Jew, born in Tarsus of Cilicia, but brought up in this city at the feet of Gamaliel, taught according to the strictness of our fathers’ law, and was zealous toward God as you all are today” (Acts 22:3).

He was a really smart guy!

No wonder Paul’s writings are hard to understand!

But even Peter, one of the three men who spent more time with Master Yeshua than any others, found Paul’s writings hard to understand.

“Consider that the longsuffering of our Lord is salvation—as also our beloved brother Paul, according to the wisdom given to him, has written to you, as also in all his epistles, speaking in them of these things, in which are some things hard to understand, which untaught and unstable people twist to their own destruction, as they do also the rest of the Scriptures” (2 Peter 3:15-16).

Do you see how Peter compares the writings of Paul to “the rest of the Scriptures”? He could do this with confidence because he knew firsthand that Paul had not added to or taken away anything from the Torah.

So what is the key to being “Torah Observant”?

Open your Bible now and underline Deuteronomy 4:2. Memorize it, in fact. This verse will help you determine truth, as you begin to learn to compare everything you hear to the Torah of YHVH, as written down in the first five books of the Bible.

« Yeshua’s Warning — to Me!
The Commandments of Men »