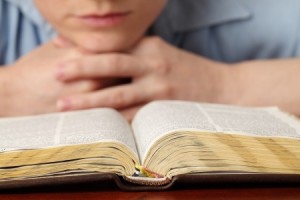 We have been talking about the first things that a new believer should do (avoid idolatry, flee from sexual immorality, and so on.)

But what is the best way for a new believer to be discipled and to learn to study the Bible for herself?

I have mentioned before that my husband gives a teaching on each week’s “Torah Portion” on Sabbath. This is the very thing that James is referring to in Acts 15.

“Therefore I judge that we should not trouble those from among the Gentiles who are turning to God, but that we write to them to abstain from things polluted by idols, from sexual immorality, from things strangled, and from blood. For Moses has had throughout many generations those who preach him in every city, being read in the synagogues every Sabbath” (Acts 15:19-21).

What is a “Torah Portion”? As one Sabbath-keeping organization explains,

To this day, the Jewish world studies a portion of the Torah every Sabbath. Jews read the Torah aloud in synagogues on Sabbaths, Mondays and Thursdays. Monday and Thursday were the ancient market days when rural people came into town. At this time, they also had the opportunity to hear the Word of God. On Sabbath days, the people assembled according to the commandment.

Since the days of the Apostles, the Torah continues to be read every week in the same manner. An annual lectionary, the Torah reading cycle, allows all Israel to study the same passages of Scripture simultaneously as they work through the Torah from week to week. The lectionary divides the Torah into 2-6 chapter readings for each week. Corresponding readings from the Prophets are tacked onto the weekly Torah readings. The reading cycle begins in the fall, after the Feast of Tabernacles, with Genesis 1:1. Approximately twelve months later, it concludes with the last verses of the book of Deuteronomy.

Reading along with the weekly Torah readings is a great way to study through the Torah every year. When you do, you are studying in synchronization with all Israel. Synagogues, study halls, and Messianic congregations all over the world will be examining the same passages of Scripture along with you.

In each of the weekly readings, the portions (Hebrew: parashot) are named after the first word or distinctive phrase in the passage. In the days of the Apostles, the Bible was not divided into chapters and verses. People indicated different scripture passages by referring to the first Hebrew word or phrase of the passage. If a rabbi said, “In the place where it says, ‘After the death of Aaron’s two sons…'” he would be referring to parashat Acharei Mot, Leviticus 16:1-18:30. Acharei Mot means “after the death of.” In the same way, each portion (parasha) of Torah is named after its opening words, and each book of the Torah is named after its opening parasha.[1]

The Torah Portions ensure that all believers will hear the entire Torah read each year. Most Messianic congregations (congregations who believe that Yeshua of Nazareth is the Messiah of Israel) will make a special effort to include the teachings of the Apostles (the New Testament) in their reading and study schedule as well.

“For Moses has had throughout many generations those who preach him in every city, being read in the synagogues every Sabbath” (Acts 15:21).

As we’ve learned, the Apostles were convinced that new Gentile believers would be attending synagogue each Sabbath day and would therefore hear the written Torah of Moses read and explained. They knew that all the rest of God’s commands would be learned week by week, slowly, in a way that wouldn’t be overwhelming.

Reading the Torah is going back to basics. This is true discipleship! As we read, chapter by chapter, through the first five books of the Bible, we can very naturally ask questions and learn how to apply the commands of God to our lives. Ideally, we can learn in a group environment, new believers with mature “old folks” who have been walking this road for a while.

The original discipleship method is easy and effective!

“You must continue in the things which you have learned and been assured of, knowing from whom you have learned them, and that from childhood you have known the Holy Scriptures, which are able to make you wise for salvation through faith which is in Messiah Yeshua.

“All Scripture is given by inspiration of God, and is profitable for doctrine [teaching], for reproof, for correction, for instruction in righteousness, that the man of God may be complete, thoroughly equipped for every good work” (2 Timothy 3:14-17).

« Sabbath, the Sign of the Covenant
How to Have Peace »