You are here: Home / Blog / Bible study / What the Bible Says about Character Training 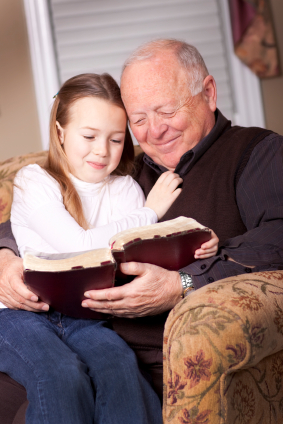 Last week, we started a discussion on character training. I thought I’d buy myself some time while I searched the Bible for what God said about character.

That’s the funny thing… I’ve been searching for two weeks, and I didn’t find much!

In 1 Corinthians 15:33, Paul writes, “Bad company corrupts good character” (NIV). The KJV translates “character” as “habits,” and the ESV calls it “morals.” The Greek word is ethos (Strong’s #2239), from which we get our word ethics.

Paul is obviously telling us that good morals, ethics, habits, and character are harmed by having bad friends.

But this is the only use of the word ethos in the entire Greek New Testament!

So I looked up “character” in the Hebrew Old Testament.

The KJV never uses the word “character,” and the NIV only uses it three times. The Hebrew word is chayil (Strong’s #2428), and it means strength, wealth, ability, efficiency, and valor.

In other words, “Who can find a strong, wealthy, able, efficient, and valiant woman?” Yes, this kind of woman is indeed hard to find, but really, what does this have to do with teaching godly character, morals, and ethics to our children. Obviously, chayil is not the same thing as what we’re thinking of when we say “character.”

What to do, what to do… (wringing hands)

So it seems the Bible doesn’t talk about character training. What does God say about ethics, morals, habits, and character training (because common sense tells me that surely God has an opinion on this subject)?

A thought occurred to me. Just because we mothers are talking about character doesn’t necessarily mean that God is talking about it. (Hang with me here.) I decided to flip over to Titus 2:3-5 to get the official “list” of what older and younger women are to be learning.

“Likewise, teach the older women to be reverent in the way they live, not to be slanderers or addicted to much wine, but to teach what is good.  Then they can train the younger women to love their husbands and children, to be self-controlled and pure, to be busy at home, to be kind, and to be subject to their husbands, so that no one will malign the word of God” (Titus 2:3-5, NIV).

They are also to teach to younger women to be “pure,” or “chaste” in the KJV. This is the Greek word hagio (#53), which means “to be clean.” It comes from the same word which is often translated “holy.”

I think that we can all agree that, while the Bible doesn’t use the word ethics, it speaks of an even higher standard than just good habits or morals. Both older and younger women are to be conspicuously holy and clean, set apart and holy.

Could it be that “ethics” or character are just a way for us to have good morals in the world’s opinion? God has an even higher standard, which is purity and holiness in His eyes. Of course, only He can define what holiness really is. (I think I’ll tackle that topic next week.)

When we were first writing our Bible curriculum, we observed,

“Many homeschooling curriculum fail to teach the Bible consistently as one book, just as God has progressively revealed it to us.  Instead, we saw hit-and-miss teachings, full of cute Bible stories and character-training devices. We were convinced that if our children came to know and understand God’s plan for their lives as revealed in His Word, they would develop Godly character as a natural by-product.”

I think I stand by this original statement. I really do believe that our primary job as parents is to teach the Bible, page by page, chapter by chapter, book by book. As we see God revealed in His Word — all of it — we will be forced to choose. We will either follow God and His “character,” or we will choose our own way of sin.

“As obedient children, do not conform to the evil desires you had when you lived in ignorance. But just as he who called you is holy, so be holy in all you do; for it is written: “Be holy, because I am holy” (1 Peter 1:14-16, NIV).

If I start to open the topic called “holiness,” I discover a treasure chest of instruction. I think this is where “character training” starts, don’t you?

The word holy is mentioned 544 times in the KJV, in almost every book of the Bible. Hmmm… now we’re on to something!