You are here: Home / Blog / Bible study / The Roles of a Woman 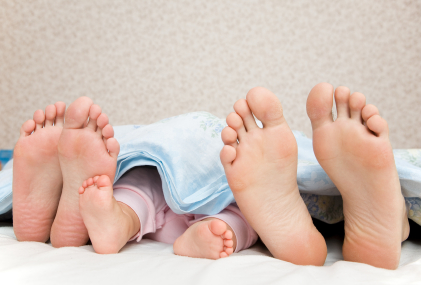 Why did God create women? What role does He expect you to fill? I have discovered four roles that God, through His Word, instructs women to play:

This is a quote from my book, Juggling Life’s Responsibilities (pp. 23-24). Did you hear my claim that “God, through His Word” instructs us as women? That’s actually a strong statement, even if it’s presented in a pretty book for women.

If I, Anne Elliott, make a claim, then it’s really just my word against yours. In our society, we’re all entitled to our own opinions. My opinion generally doesn’t make you mad, even if you disagree — unless I try to force my opinion on you.

But by stating that God has an opinion, I’m subtly making the claim that Someone is forcing His opinion on you. In other words, if God really is a god that exists, then you have to do what He says. Things can start to get a little touchy… a little hot… if you know what I mean.

God does indeed make statements that we as women have some roles to fulfill. These aren’t optional or up for debate. They aren’t changeable according to our own opinions. They stand as Law.

In fact, His “laws” appear very early in the Bible. The first five books of the Bible (“Genesis,” “Exodus,” “Leviticus,” “Numbers,” and “Deuteronomy”) are also known as torah or “teaching.” We commonly call these books the “Law,” which used to confuse me, because they contain stories, genealogies, instructions for building things like arks and tabernacles, and various other things that don’t sound anything like “thou shalt” or “thou shalt not” to me. However, once I realized that these first five books are actually called torah or teaching, things started making sense. In other words, all of the stories, genealogies, building codes, lists of “unclean” foods — and direct commands included — are there for my teaching. They are there for my good.

“The law [literally, torah] of the LORD is perfect, reviving the soul.
The statutes of the LORD are trustworthy, making wise the simple.

The fear of the LORD is pure, enduring forever.
The ordinances of the LORD are sure and altogether righteous.

They are more precious than gold, than much pure gold;
they are sweeter than honey, than honey from the comb.

By them is your servant warned; in keeping them there is great reward” (Psalm 19:7-11).

It is for my good that God instructs me as to my role. I’ve always wanted a Roomba, so that I would never have to vacuum my floors again. (My oldest son says he could invent one, but I’m still waiting….) I hear that Roombas are really good for crumbs under the table and dog hair, but if a Roomba tried to suck up a several gallons of water or to clean up a few buckets of wood shavings, it would be overwhelmed and blow a gasket. 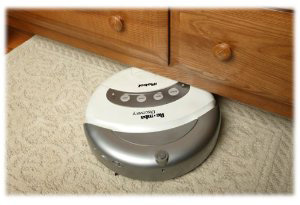 The same happens to us women. When we try to operate each day in a way that God never intended when He created us — and we do believe He created us, right? — then we end up exhausted, overwhelmed, and blowing gaskets.

So don’t take my word for what your role should be. Trust in your kind Creator.

Let’s take a look at what He has said in His torah:

“God blessed [the male and female He had created] and said to them, ‘Be fruitful and increase in number; fill the earth and subdue it. Rule over the fish of the sea and the birds of the air and over every living creature that moves on the ground‘ (Genesis 1:28).

Later in God’s Word, we read that younger women are to be taught by older women exactly how to fulfill these roles.

“Likewise, teach the older women to be reverent in the way they live, not to be slanderers or addicted to much wine, but to teach what is good. Then they can train the younger women to love their husbands and children, to be self-controlled and pure, to be busy at home, to be kind, and to be subject to their husbands, so that no one will malign the word of God” (Titus 2:3-5).

Just as in everything, God wants a watching world to give praise to Him because of our actions. He promises blessings for our lives when we obey, plus we get the joy of passing on blessing to others. In other words, it’s a very satisfying thing to fulfill God’s roles for our lives.

Last time, we quickly looked at the role of a wife as helper to her husband. Next time, we’ll look at a woman’s role in being fruitful, increasing in number, and filling the earth (Genesis 1:28). It’s an honored job!