You are here: Home / Blog / Priorities / Parenting / Homeschooling / The Heart of the Homeschool 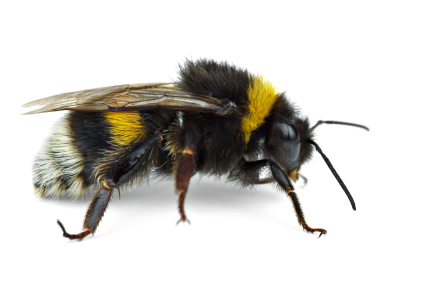 Kim Stilwell is a guest writer here, is the mother of five children, writes for her state’s homeschooling association each month, and is a wonderfully sweet friend of mine. We hope that her words will encourage you as much as they have our family!

At the end of each school year, I carefully plan the next one. I order curriculum, buy 3-ring binders, notebooks and pencils, and write a careful schedule. Not once, have I used everything I have purchased. Not once, has my original schedule remained the one that we follow. New babies, children’s abilities and interests, a change in my husband’s work schedule and other events in our lives often cause me to change the way I originally planned to homeschool that year. Over the years I have learned to be more relaxed and not worry about the changes that take place.

After five years of homeschooling, we did our first Unit Study. I have been wanting to do one for years but the prepackaged Unit Studies are not in our budget. I did not know how to go about doing one on our own. Finally, after reading a book on how to make your own unit study, I became brave enough to try. I wanted to include all the children except the toddler so it would be for our (then) ten, seven, five and four year olds. I also wanted our first one to be simple and easy so I chose what I thought would be a simple and easy topic; honeybees. I borrowed and found seventeen books on honeybees, pollination and honey.

Any of you who have homeschooled, or even been a parent, for any length of time, have learned that what we hope will happen and what actually happens are two different things. You would think I would have learned this after ten years of parenting and several years of homeschooling but at times I forget. Our Unit Study was no exception. Let me share with you some of the discrepancies between my desires for the Unit Study and the reality of it!

My desire: To begin the Unit Study we planned a family trip to the Iowa Arboretum so that the children could see real honeybees in action. In my mind I had pictured our family walking among the flowers and four little heads bent over the flowers, observing the bees in great interest.

My desire: I imagined reading the books about honeybees to my children. I imagined their interested faces as I read and expounded their knowledge on the honeybee.

Reality: This desire partly came true. At least one or two of the children were always very interested. But the simple book that delighted the seven, five, and four year old was “old stuff” to the ten year old and he asked if he could go work on his typing. The more in depth book that my ten year old devoured was “way over the heads” of the younger three and they were bored and easily distracted. Eventually I had the ten year old read on his own. I then read books on their level to the other three. Meanwhile I wondered HOW parents do Unit Studies with children who vary in age from four up to age eighteen!

My desire: I eagerly anticipated questions from my children that would lead us to investigate honeybees, pollination, and honey in great depth.

Reality: The first question that was asked (by the 5 year old boy) was,  “How do bees go to the bathroom?”

My desire: I planned to have each of the children make a “book” (each on their level) about honeybees. They would do two or three pages each day and at the end of the Unit Study we would staple the pages together and that would be their “book”. I envisioned each page full of a different fact they had learned that day about honeybees, pollination and the history of honey.

Reality: My oldest son pretty much did what I had envisioned. The younger three, however, would be so interested in a particular aspect that they would make several pages on the same thing. For example the seven and five year old boys were so fascinated with the fact that there were “police” honeybees guarding the hive and that they would “call” all the other bees when something threatened their hive that they had several pages of this. They had a page with the bees chasing a bear away from the hive, a page with the bees chasing two boys away from the hive and then, the page that really made me wonder what to do, the five year old drew a page with the bees chasing an alligator away from the hive. This was very unrealistic. What would the wise homeschooling mother do? Should I have him erase the alligator and replace it with another animal or should I allow room for creativity and imagination even if it was not the way it would really happen? (I settled for allowing imagination and creativity but I did explain that alligators would not be trying to steal honey from a bee hive.)

My desire: I planned to finish up the Unit Study by purchasing a bottle of honey. I pictured all of us sitting around the table enjoying our bread and honey and talking about how if God had not made honeybees we would not be enjoying this honey.

Reality: I forgot to put “honey” on the shopping list that week.

As you can clearly see, the Unit Study did not go at all as I had planned. Looking at my “dreams” for the Unit Study  and then at the way it actually happened, it would appear to have been a complete flop! However, as I think back on it, I consider that it was a big success. We had lots of fun. The children know a lot more about honeybees than they did before the study. Even now, several weeks after the study, I catch them talking about honeybees, looking at books about them and drawing pictures of them. As as often been the case in our homeschool, things do not always go as I have planned. Yet, in spite of that, my children are learning. They are asking when we can do another Unit Study.

In the long run, it does not really matter if my first grader does his math first or last in the day’s schedule. If my fourth grader completes only 32 of the 36 spelling tests that year, life as we know it will not come to an end. If my four year old does not learn all her shapes and numbers up to 20, well, there is always the summer and next year. There are many, many ways of homeschooling (textbooks, unit studies, classical, Charlotte Mason, and many, many more) We all, including myself, have our favorite methods. However, in reality, even the method of homeschooling will not make a difference where eternity is concerned. The truly important part of our homeschool is that God is the center of it. Am I teaching my children to “love the Lord thy God with all thine heart and all thine soul and to love thy neighbor as thyself”? Everything I teach my children should be tested in light of God’s Word. That should be the heart of our homeschool.

So, relax! I don’t mean that we should be lazy and not attempt to educate our children. But do not worry if your homeschool does not go exactly as you have planned. I have learned that if I am faithful in teaching them God’s principles and God’s Word, everything else will usually fall into place!

If you feel it would be an encouragement or a blessing to someone, you have the Stilwell’s permission to forward this article in its entirety. They just ask that you include this note at the bottom of the article with their name and e-mail address (Jeff and Kim Stilwell, jkstilwell@yahoo.com) in case someone wishes to contact them. Thank you.

You’re welcome to read many more articles by Kim at http://anneshomeyplace.com/articles.shtml.