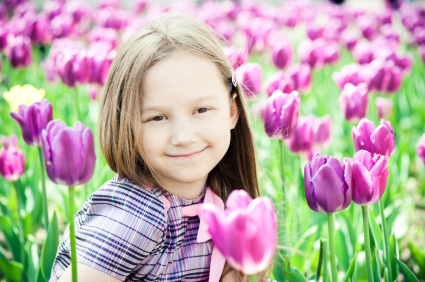 Do your kids like to ask “why”?  Mine sure do, and they come by it naturally.  When I was younger, I pestered my parents with lots of questions.  Now it’s my turn to be a parent, and my little ones are constantly asking, “Why?” or “How?” or “What does this mean?”.

I really enjoy playing “Devil’s Advocate.”  This means that if someone asks me a tough question, I’ll pretend to answer in a way they aren’t expecting, in defense of the opposing viewpoint.

“Mom, why can’t I watch that show on TV?”
“Well, I dunno.  Maybe you should watch it.”
“Huh?  I thought you said it was bad.”
“Well, there are a couple bad words, but it shouldn’t hurt you too much to hear them.”
My son just stares at me.
“And the kids talk back to their parents sometimes,” I continue.  “But their parents acted like jerks.  I’d probably want to talk back, too.”
My son has caught on to me now.  “Mom!” he giggles.  “You’re bad!”

I’ve decided to play “Devil’s Advocate” with you today, too.  After all, doesn’t Satan want to deceive us by twisting the words of God?  Let’s see what our verses in Psalm 34:17-18 would look like if we twisted things up a bit.

The righteous cry out, and the LORD hears,
And delivers them out of all their troubles.
The LORD is near to those who have a broken heart,
And saves such as have a contrite spirit. (NKJV)

The wicked cry out, and the LORD hears…

A lot of unbelievers would like to think so, wouldn’t they?  Recently a friend of mine had something happen that was pretty upsetting.  She’s usually an atheist, but her neighbor advised her to say a prayer and see if God might fix things up for her.  She did, but she came complaining to me when her problem didn’t go away.  “God’s not a genie in the sky,” I said to her.  “I know,” she replied, “But I never ask Him for anything.  You’d think that the one time I did, He could at least say yes.”

The righteous try to fix things themselves, and the LORD hears…

This isn’t right either, is it?  But I have to admit that I often try to work the solution to my problems myself.

The righteous cry out, and the LORD turns a deaf ear…

Aren’t you glad that THIS isn’t true?  What a lonely thought!

…the LORD hears,
And delivers them out of MOST of their troubles.

What would we do if a few of our problems really were too big for God to handle?  It would be rather difficult to have an unshakable confidence in Him, wouldn’t it?  I’m thankful that nothing is impossible for Him. However, I need to *remember* this and act in faith when the tough times come.  Sadly, I’m more likely to be wringing my hands in worry, wondering how God can possible come through this time.

Ahhh, this is Satan’s chief lie.  He wants us to try to be so good that God will have to let us into heaven.  We’re often deceived by this, slaving away to make ourselves acceptable in God’s sight.  Meanwhile, Satan is chuckling, knowing that we’re not capable of doing good and that we’re too proud to admit it.  He’d do anything to keep us working, plodding, striving, plotting… when all God wants is a “broken” and repentant heart.

…And squashes such as have a contrite spirit.

Isn’t this the way God is portrayed in our culture?  Someone lies and down come lightning bolts.  Kabamm!  The definition of “contrite” is to feel regret and sorrow for one’s sins or offenses, and to be penitent.  Yet it certainly goes against our nature to want to feel sorrow for our sins.  We would rather blame someone else.

The serpent is still in the seducing business, but by carefully reading God’s Word and consistently applying its truths to our lives, we can be protected.  Let’s read today’s verses again, but correctly this time!

The righteous cry out, and the LORD hears,
And delivers them out of all their troubles.
The LORD is near to those who have a broken heart,
And saves such as have a contrite spirit. (NKJV)

How well do you know God’s Word?  Are you solid… or likely to be seduced?  Do you read it daily… or rarely?