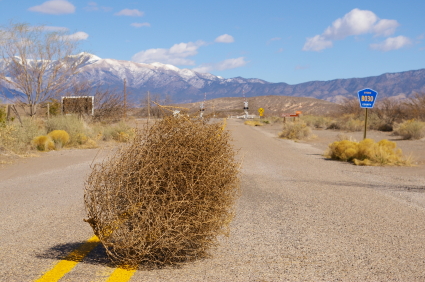 Today we’re going to look at verse 4 of Psalm 1.  Just to refresh your memory, let’s review:

“Blessed is the man
Who walks not in the counsel of the ungodly,
Nor stands in the path of sinners,
Nor sits in the seat of the scornful;
But his delight is in the law of the LORD,
And in His law he meditates day and night.
He shall be like a tree
Planted by the rivers of water,
That brings forth its fruit in its season,
Whose leaf also shall not wither;
And whatever he does shall prosper” (Psalm 1:1-3, NKJV).

These verses tell us that we are blessed when we delight in God’s law, meditating in it day and night. We will become like a tree planted by rivers of water. Everything we do will prosper.

“The ungodly are not so,
But are like the chaff which the wind drives away” (Psalm 1:4, NKJV).

What is the definition of an ungodly person?  I’ve been reading each morning in the book of 1 Kings, and I’ve been amazed at how wicked most of the kings of Israel and Judah were!  To get a good description of someone who is ungodly and wicked, you could just type those words into a Bible search engine and read about the lives of people in the Bible’s “Wicked Hall of Fame.”

But you don’t even have to leave Psalm 1 to get a good definition of what it means to be ungodly.  Just look back at verse 1!

But praise God, Paul’s next words are…

As you’ve probably heard me say, I used to live in northeast Arizona, in a part of the country known as the desert highlands.  We didn’t have any fields of wheat there, so I’m not really an expert on “chaff that the wind drives away.”  However, I saw lots of old-fashioned, John-Wayne-style tumbleweed roll down our street.

On a calm day, I might see some tumbleweed in someone’s yard and think it’s just an ordinary, bushy plant.  However, before a storm rolled in, the winds could easily kick up to 30 miles per hour around there.  All of a sudden, tumbleweed started rolling.  They would bounce and skit-skaddle down the road and across the plains.  Once I even saw a big tumbleweed get stuck between a cow’s legs, until the cow lazily stepped aside — and the tumbleweed was once again bouncing along.

I don’t know about you, but I’d much rather be a “tree planted by the rivers of water” than a dried-out pile of pokey weeds!

The key point here is that we are only solidly grounded when we’re planted in His Word! Gusts of wind will hit your life, sooner or later. It’s inevitable. Will the wind make you stronger or blow you away?

“Therefore the ungodly shall not stand in the judgment,
Nor sinners in the congregation of the righteous” (Psalm 1:5, NKJV).

Just in case you’ve ever wondered, sometimes it seems like the wicked are prospering.  They’ve got the money, the fame, and the good times. But the Bible clearly teaches that their due is coming.  Psalm 2 follows nicely after Psalm 1 as it describes the final end of the ungodly.

I noticed something rather cool today.  Remember how verse one has this progression?

Well, I noticed that the Psalm ends with a flashback to that progression:

In other words, at the beginning of the Psalm, we can picture a group of ungodly people.  They are arrogantly huddled together, some walking around, some standing in groups, some sitting proudly and directing it all.  They are self-righteous and want nothing to do with God.

But at the end of the Psalm, the picture is entirely different.  Now their pride is gone, and we see them being driven away by an almighty and just God.  Like dominoes on a table, they are being knocked over and scattered.

I don’t know about you, but I try to be a gracious person.  I try to be patient with folks, especially the unsaved who don’t necessarily know what God requires nor have any motivation to do right.  But life is life, and that means that often we “good” people get run over, used, taken advantage of, maybe even persecuted.  Sometimes it gets old!

I’m sure David felt that way.  Throughout the book of Psalms, you can observe the emotional roller coaster he must have been riding.  One day he felt compassionate toward the wicked, yet on another he begged with God to hurry up and destroy them!  I don’t blame him.  Of all people, certainly David had a right to feel this way, especially with King Saul chasing him and his close friends deserting him.

Yet I also notice that David maintained a right heart through it all.  No matter what horrid things were done to him, David consistently came to the conclusion that God is in His heaven and that He will right the wrongs and exact revenge.  David was willing to wait on God for His timing, faithfully trusting Him for justice.

Just when will the Lord exact justice on the wicked?  Well, often the wicked get their due during their lifetimes, especially when God’s providence allows them to be “caught” by law enforcement or to suffer natural consequences for their sins.  But sometimes, as unjust as it may seem, God waits.  However, no matter how far away it may seem from today, we can be sure that God will give justice someday!

I was greatly encouraged today when I looked up the word “judgment” in my Bible.  There were far too many uses of the word for me to look at them all, but let me share just a few:

Psalm 1 ends with the ultimate words of comfort:  “The LORD knows the way of the righteous.” No matter what, God knows.  As another favorite Psalm of mine says,

“O LORD, You have searched me and known me.
You know my sitting down and my rising up;
You understand my thought afar off.
You comprehend my path and my lying down,
And are acquainted with all my ways.
For there is not a word on my tongue,
But behold, O LORD, You know it altogether.
You have hedged me behind and before,
And laid Your hand upon me.
Such knowledge is too wonderful for me;
It is high, I cannot attain it” (Ps. 139:1-6, NKJV).

Does this encourage you like it does me?  How about these other well-known words, spoken by Jesus?

“Of how much worse punishment, do you suppose, will he be thought worthy who has trampled the Son of God underfoot, counted the blood of the covenant by which he was sanctified a common thing, and insulted the Spirit of grace? For we know Him who said, ‘Vengeance is Mine, I will repay,’ says the Lord. And again, ‘The LORD will judge His people.’  It is a fearful thing to fall into the hands of the living God” (Hebrews 10:29-31).

As is often said, “Don’t borrow trouble.”  (I’m good at it!)  Our God is sovereign, all-wise, all-knowing, and full of justice.  He’ll make right all wrongs.  He is also loving and merciful and compassionate.  I’m glad, too.  If God had as much patience as I have, surely at the last days I’d be standing in judgment before Him, too!

P.S.  Can I share a sweet story?  When my oldest son was about eight years old, I had been reading to the children about the final judgment in Revelation 20, but I ended up reading on into Revelation 21 and 22.  I was eager for them to hear about the wonderful new Jerusalem and how God would wipe away all tears someday.  After awhile, my son started to rub his eyes, and he said, “Mommy, it sounds so wonderful, it makes me want to cry!”