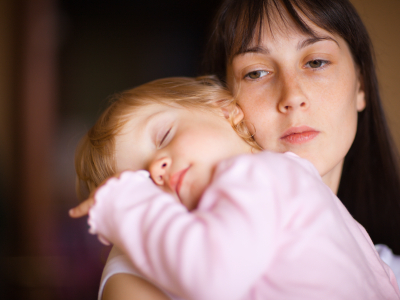 Note: This Bible study has been adapted from one originally written in 2003. If you happened to have been receiving my weekly emails waaaaaaay back then, then it might look familiar to you!

Today I’m going to start a study in Psalm 1, since it’s my favorite one.  I’m planning to take this Psalm one verse at a time, so hopefully these Bible studies won’t be as long that way.  Since we’re going slow, you’ll have time to memorize the Psalm if you do one verse a week.  I always recommend writing out the verse on a 3″x5″ card or small slip of paper and hanging it over your kitchen sink.  In no time at all, you’ll know it by heart!

Blessed is the man
who does not walk in the counsel of the wicked
or stand in the way of sinners
or sit in the seat of mockers.

I absolutely love this Psalm, probably because it has had such an impact on my own life.  I tell this story in my Juggling Life’s Responsibilities book, but here’s the short form.  Back in the fall of 1995, when I was pregnant with my first baby, I began to panic when I realized how little I knew about babies!  Yikes!  I had babysat a little during high school, but those children were toddlers or older.  I had only held a newborn once in my life, and that had been the spring before, at a ladies’ Bible study, when one of the women brought her two-week-old son.  Since everyone knew I was pregnant, they all passed the baby to me to hold.  It was fun, but I felt so awkward, and all I could do was make him cry.  The mom kindly let me bungle my way through for 20 minutes or so, and even then, I could feel the muscles in my arms for two days!  What was I going to do when I had my OWN baby?!

We moved to a small town that summer, a retirement town in Florida.  Every Friday morning I attended a craft class at our church so that I could fellowship with other women.  But these women were so much OLDER than me! They freely gave me lots of parenting advice, whether I wanted it or not. Usually I didn’t want it, but I’d smile politely.  Inside I was thinking, “Don’t they know how old-fashioned they are?  Don’t they realize how crazy they sound?”

To help make ends meet, I worked a part-time job in a nearby city.  After work in the afternoon, I had time to stop by a nice library.  Almost daily I would visit the parenting section and devour the advice given.  I realized that most of the books were written by non-Christian authors, but I also reasoned that I had been a Christian long enough to tell if their advice was biblical or not.

Well, I was wrong!  Little Arik was born in November, and the few months following were the hardest of my life.  My husband and I argued over parenting methods, and since he was working a middle-of-the-night shift and sleeping much of the day, I figured I could do what I wanted without his knowing.  My mom lived nearby, but I felt funny sharing my library-book opinions with her.  And there was no way I was going to talk about my problems with those old women at church!

Near the end of January 1996, I met a godly woman in a chat room online. She didn’t preach at me or try to change me.  She simply let me talk, then encouraged me to read Psalm 1.  I hadn’t been doing too much Bible reading (blaming it on the newborn taking up too much of my time?), but I felt like God was talking directly to me in verse one.

Matthew Henry has this to say in his Bible commentary:

“This is a psalm of instruction concerning good and evil, setting before us life and death, the blessing and the curse, that we may take the right way which leads to happiness and avoid that which will certainly end in our misery and ruin.”

This kind woman also recommended a book to me, which I promptly bought and read.  I immediately noticed a difference in this book.  It didn’t talk about evolution.  It wasn’t full of psychology.  It wasn’t just a collection of mother’s experiences.  It was firmly based upon the Word of God.  And it rescued our family!

I remember the day as clearly as if it were yesterday.  I was sitting in my living room in the afternoon.  It was sunny.  And I couldn’t get the words of Psalm 1:1 out of my head.

You see, I had started out by just getting simple counsel from the ungodly. Oh, their advice wasn’t always so bad.  But I never bothered to check the source, to see if their own lives acknowledged the one, true God.  It was a small step in a very bad direction.

Then I started to stand with them, to stick up for them in front of others. I started quoting Scripture verses that would make me feel better, even if taken out of context.  My core philosophies of life began to change, but I wasn’t even aware of it.

By the time Arik was born, I was sitting with the scornful.  I made fun of anyone who was “old-fashioned” enough to follow biblical advice.  I was a committed Christian on the outside, but I was an atheist in practice.  I was rebellious.

You know, I later found out that those wise women at craft class were right. I suspect they knew I was headed down the wrong path, and they were blunt enough to try to help me.  But my mind was not open to God, even though I would never have admitted it.

The Lord is gracious, isn’t He?  Next week we’ll talk about God’s solution to the world’s wisdom, and I’ll share how my online friend guided me along right paths.

I’m sorry for being so long, especially after I said I’d be short!  But I’m hoping that there is a woman out there who will take the words of this Psalm to heart and allow God to bless her, maybe simply because I shared some of my story.

P.S. Are you curious who that wise woman was? (Hint: She shares my name.) What book did she recommend?

« The Seven Laws of the Teacher
The Law of the Learner »