You are here: Home / Blog / Bible study / So Much to Be Thankful for… 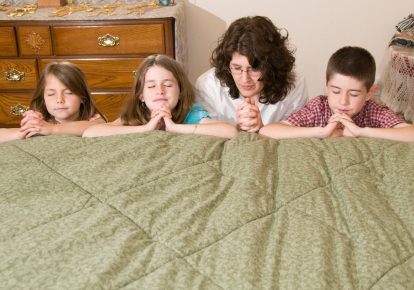 Today, I’m letting my readers share things for which they are especially thankful this year, with some meaningful passages of Scripture thrown in. What a treat it has been to read these throughout the last week! How encouraging!

Is there ONE special story from the Bible that helps you remember God’s protection, love and care?

“I think of how GOD protected Joseph after he was sold into slavery by his brothers. It is a supreme example of GOD’s love and care for those who love and revere HIM. HE will never leave or forsake us.”

“The book of Esther!”

“The woman at the well”

“Job has always touched me. He goes through the fire and does not get support from loved ones or friends. He even questions God, and comes through stronger.”

“Elijah fighting the prophets of Baal, then running away in fear from Queen Jezebel. God never gives up on him.”

Is there a special story of God’s faithfulness in your own life that you wouldn’t mind sharing with my readers?

“There are too many to list or even to remember. But one in particular stands out. I always pray specifically for what I need when I really need something, and ask God if it were to be His will if He would provide it. During the really lean years we especially depended on Jesus for daily needs. A few years ago, we were broke and in debt, our lease was expiring, and we couldn’t afford even a simple place. Having sold most of our furniture in mega yard sales to raise money to pay debts, we hoped to find some roof to put over our heads. We were looking to rent at the time of year when usually nothing is available, but we prayed and opened the newspaper. Just inside was an ad nobody had answered yet for a furnished cabin with everything we needed, including running water and electricity and phone. What a blessing! In our neck of the woods, that is not something to take for granted. The cabin had built-in beds, a cute table, the cutest kitchen you ever saw, and a fully appointed bathroom. We lived there for 4 years and only moved out when we had repaid most of our debts and saved a bit towards our first house. God lifted us from our nightmare and placed us in a dollhouse. Isn’t God amazing? Times were not always easy after that, but God’s hand is evident and felt by us very strongly in everything we have gone through.”

“Especially when I was in the Navy, standing in a formation that was overly long, I would repeat Philippians 4:13 over and over again. When life gets overwhelming it’s a comfort to me…”
“I can do everything through him who gives me strength.”

“God has especially shown his valiant self to us through the economy!! We are builders and were hit very hard – it stunned us into numbness and fear. Most counseled us for bankruptcy and at the least settlement w/ professionals. God has shown us the help of man is useless….we rejected bankruptcy and one by one have worked through settlement’s w/o professionals. Today, I have to make a call to a lawyer to initiate another one….it’s hard!!!! I”M NOT a “let’s negotiate a deal” type of person. I’m mild mannered and intimidated easily! God is not. He has taken on this battle, even though he is requiring us to be involved. God’s faithfulness? LOL. In the midst of this our house sold and part of the deal was to stay in it another 9 months – that was up 2 months ago. The new owner asked us to stay another year this time. Unheard of….God is smiling right now! “Through God we will do valiantly, for it is He who shall tread down our enemies.” (Enemies = economy!)”

“Give us help from trouble, for the help of man is useless. Through God we will do valiantly, for it is He who shall tread down our enemies.”
(Psalm 60:11-12)

“Last year my husband and I were trying to conceive our 4th child. The first cycle we tried I got a negative pregnancy test but then a couple of weeks later had some unexplained very heavy bleeding. I went home and took a pregnancy test and it was positive. I was pretty sure I was having a miscarriage as the bleeding and cramping were pretty severe. I went to the emergency room but there was nothing they could do. My HCG levels were not high enough for them to consider doing an ultrasound. They sent me home with instructions to rest and follow up with my OB the following day. I went into my OBs office 48 hours later to have my hormone levels tested again. At this point I thought the miscarriage was over because I had stopped bleeding. Later that day, my OB’s nurse called me and said my numbers had gone up, instead of down and that I needed to get in for an ultrasound right away to see what was going on. I went in the next day and we saw a perfect little beating heart. It was unbelievable as my bleeding had been quite severe. The tech told me that it was a good thing that they had not done an ultrasound at the hospital as the baby’s heart was probably not beating yet and they would have only seen what looked like an empty sac and may have ordered a D&C. She did note on the ultrasound a placental abnormality called a subchorionic hematoma. Basically, there was a problem with the placenta attaching fully and there was some bleeding there which was what I was experiencing. So we weren’t out of the woods yet. Two weeks later I started cramping again, only this time much more severely than before. I couldn’t even walk from my bed to the bathroom 10 feet away. I started passing clots the size of baseballs and was certain at this time that I was losing the baby, something they had told me was still likely to happen. I went to the emergency room again and they were able to still see baby’s heartbeat. I was sent home on bed rest and was basically told there was nothing we could do except wait and pray to get through that first trimester. I continued to bleed for the next two months. By about 19 weeks though, the bleeding had stopped. My placenta had healed itself! Or rather, God performed a miracle and healed my placenta because I had been told that the likelihood of carrying the pregnancy to term, let alone out of the first trimester, with the size of bleed I had, was very slim. I am happy to report though, that as I sit here typing this, my 7 month old son is sitting across from me jumping and squealing in his exersaucer. We named him Ethan, meaning strength, for his resilience and also for the strength of our God, our strong tower, our ever present help in times of trouble. I truly believe God worked a miracle in our lives through my son. I cannot imagine life without him!”

“He who dwells in the shelter of the Most High
will rest in the shadow of the Almighty.
I will say of the LORD, ‘He is my refuge and my fortress,
my God, in whom I trust.'”
(Psalm 91:1-2)

“Many years ago I had gone to court to try and lower the amount of child support I paid my ex husband. It went on over a 4 year period, at the end the court ruled in his favor. I was hit with $28,000 in back child support. God brought us through as a family and made us stronger.”

“Do not be anxious about anything, but in every situation, by prayer and petition, with thanksgiving, present your requests to God. And the peace of God, which transcends all understanding, will guard your hearts and your minds in Christ Jesus.
Finally, brothers and sisters, whatever is true, whatever is noble, whatever is right, whatever is pure, whatever is lovely, whatever is admirable—if anything is excellent or praiseworthy—think about such things.”
(Philippians 4:6-8)

“I’ve had a hard life lately. In Jan 2000, my 7 yr old daughter, Beckie, was diagnosed with cancer. Her total lifespan was 8 years, 3 months and 5 days before she went to be with Jesus. Her grandma, my mom, died 5 weeks later. My dad had died 2 years earlier. I was now an “only adult”. My husband walked out a year later leaving me with a rebellious 17 year old daughter, who herself, walked out ASAP. She’s now 26 and I haven’t see her since she was 19. I remarried in 2004, the older brother of a good friend. After just a few months he began to run around with guys were drank and he went through all the money my parents left me and blew the engine on my car. He was constantly in trouble with the law, but God wanted me to stay with this non-working alcoholic…now, in 2010, he is in court-ordered rehab, doing extremely well, has no interest in drinking ever again, is reading his Bible and praying, and looking into work so that I no longer have to work 50 hours a week to provide. So, God is faithful. It may take longer than we’d like, but He is always there.”

“My whole life is a story of GOD’s faithfulness. I do not know why HE chose me to HIS child, but I have learned over the years to trust HIM completely. HIS word is a lamp unto my path and a source of unending joy.”

“I recite Psalm 91 before going to bed or any time I need to be reminded of GOD’S love and protection for me.”

Want to add a favorite Bible story, personal story, or passage of Scripture? We’d love to read it!

« Thankful for the Cross
Obedience and Homeschooling »