You are here: Home / Blog / Bible study / The Word Made Practical 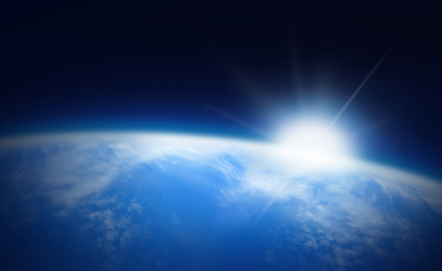 It’s really popular for our generation to spend so much time dialoguing with each other, afraid to disagree with anyone lest we offend, that we don’t even know what we believe any more. But I’ve been thinking about that. Does it matter what I believe? Shouldn’t I be respectful of what others believe, too?

Yes, I should be respectful of others, and no, it doesn’t matter what I believe. What if I believe something that is wrong? The Bible says that my heart can deceive me, but all my actions will flow out of my heart. So if I’m believing something that isn’t true, no matter how sincere I am, my beliefs will result in actions of sin that will leave disastrous consequences in my life. If someone else is believing something false, they’ll also reap evil down the road. Sometimes the most respectful thing I can do is to warn someone else where they might be wrong. This isn’t popular in our culture!

So last week I asked you, “Who is Jesus to you?” Did you take a few days to really think about that one?

Rather than telling you who Jesus is to me (although He’s done so much for me, and I’d love to share sometime), I want to open the Bible to examine what It says about Jesus. I’m going to stick with truth for today.

My kids memorized John 1 this past school year, and after many weeks of chanting these verses, they started to make quite an impression. I marked the phrases that tell something of who Jesus is.

Through him all things were made; without him nothing was made that has been made. In him was life, and that life was the light of men. The light shines in the darkness, but the darkness has not understood it.

There came a man who was sent from God; his name was John. He came as a witness to testify concerning that light, so that through him all men might believe. He himself was not the light; he came only as a witness to the light. The true light that gives light to every man was coming into the world.

He was in the world, and though the world was made through him, the world did not recognize him. He came to that which was his own, but his own did not receive him. Yet to all who received him, to those who believed in his name, he gave the right to become children of God— children born not of natural descent, nor of human decision or a husband’s will, but born of God.

The Word became flesh and made his dwelling among us. We have seen his glory, the glory of the One and Only, who came from the Father, full of grace and truth (John 1:1-14).

I know that the “Word” referred to in this Scripture is “Jesus” because John testified about Him, and because it says He became flesh and made His dwelling among us. Everyone saw His glory! So while some people will say Jesus was a prophet, or a good person, or even a fictitious myth of history, the Bible makes some astonishing statements about Jesus:

Jesus is the Word.

The “Word” here is the Greek word logos. It means a thought, conveying information, revealing the very nature of something. Just as a Nike logo conveys everything that Nike corporation stands for and is, Jesus embodies everything that is God, everything that God wants to communicate and do, and everything that God has decreed. I can’t even put this into words. We’ve been using Vocabulary Vine in our school, and this word came up. Even they couldn’t put it into words. The more I think about Jesus, the Word, the logos, however, the more in awe I am.

The Word was in the beginning.

Just open your Bible to Genesis 1 and try reading it with the understanding the Jesus is the Word and that He was existent in the beginning. Before any thing was created, before time formally began, Jesus existed. This is an awesome thought, whether I’m thinking about some distant eternity or the idea that He is present in my life and nothing in my circumstances will baffle Him.

The Word was with God.

The Word was God.

This statement is the one that can rock your world. Everyone knows that. That’s why everyone argues about it. As Psalm 14:1 says,

The fool says in his heart, “There is no God.”

“Of course,” the world says, “there can’t be a God, and of course, Jesus can’t be God.” If there is a God, and especially if Jesus is God, then there are huge implications. First, He is God (and in charge) and I am not. Second, if He’s the boss (and I am not), then I must do what He says. This establishes absolute truth, and absolute rules and boundaries, within which I must abide. Yuk. So the fool simply says, “No God!” (How many times have I acted the fool by my actions, even if my lips say otherwise?)

The Word made all things.

This is the first statement attacked by our human hearts. “In the beginning God created the heavens and the earth” (Genesis 1:1). But I challenge you to turn on the TV, visit a Barnes & Noble bookstore, get through the check-out line at the grocery store, visit a public-school classroom or a library, surf online, or listen to a politician — without hearing some reference to evolution or to human potential.

I urge you to spend more time mulling over creation (and teaching it to your children) than almost any other Biblical truth. It will revolutionize your life. If you truly believe that Jesus was the Word and that He made all things, then the rest of the Bible will make sense to you. If you stumble on this first verse, you’ll stumble on the rest.

The Word was life.

Over the next year, we’re going to talk about life. How to live it abundantly. How to live it with the right priorities. What the Bible says about it. So don’t miss this statement: “In Him (the Word) was life.” If you want life, you can only find it in Jesus. So the answer to the question, “Who is Jesus to you,” makes the difference between life and death.

Are you noting that your home is full of life — or is it oppressive and full of death? How about your heart? Life is only found in Jesus.

The Word was the light of men.

How about light? Is your home and heart full of light, or do you feel like you’re constantly stumbling around, groping, blind? We turn to so many places for light, but outside of Jesus, we’re in utter darkness.

The Word was not recognized.

When Jesus began His ministry in Israel in the early 30s A.D., he was not recognized as the logos or as God. He was simply a rabbi who could perform miracles.

Nothing has changed. I have been watching women online. Many claim to be Christians, or we assume they are because they run around in Christian homeschooling circles. If someone claims to go to church, we just assume. But unless someone recognizes who Jesus is (and that belief affects her actions, because belief always affects the heart), then He has not been recognized again.

Seriously — do you really believe this is a Christian nation? Since when? Yes, God was instrumental in the founding of our nation, for His divine purposes, but I can tell by the actions of those of us who live in this nation that it’s a pagan nation. We worship humanity, we worship spirits, we worship the universe, we worship anything we can — but we do not recognize that…

The Word gave the right to become the children of God.

The Bible says that our problem is that we’re slaves to sin and dead in our trespasses and sins. We want to act like gods, but in fact, we’re mortal flesh that will only live for a few years before we pass from history altogether.

Jesus not only existed at the beginning and 2,000 years ago — He lives today. Not “his spirit lives on” or “the good he did lives on through our good deeds” or “he was a good man that we should copy.” No, He lives, actually indwelling the physical bodies of those who receive Him.

What does it mean to receive Jesus? I think that Romans 10:9 says it best (and we’ll be looking at this verse more in the weeks to come):

That if you confess with your mouth, “Jesus is Lord,” and believe in your heart that God raised him from the dead, you will be saved.

To those who receive Him, He indwells them and gives them the right (power, authority) to become the children of God.

The Word is understandable to all men everywhere, because we can all go out in the dark sky at night and look up at the stars and see His handiwork. We can see that there must be a Designer, a Creator, and we can worship Him.

And that’s why Jesus came. He came to make Himself known, to make Himself practical and understandable, but even more, He came to give us life and light. If we receive Him, His power comes to live within us.  He sets up His kingdom within our hearts, bringing us abundant life.

Do you hear that? He can make you righteous. He can change you.

(Next week, we’ll look at the question of the kingdom of God. Is it real? What in the world does it have to do with me? Ponder it this week, while you’re in bed or in the shower. A kingdom. Set up by God? What does that mean? How does that affect me?)

« It Is the Job That Never Ends…
Do You Really Believe? »