You are here: Home / Blog / Health / Do the Bible’s Dietary Laws Apply to Me? 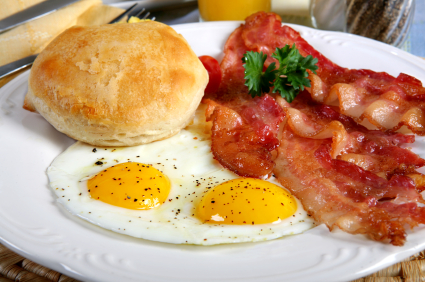 If you search on my blog or health website, you won’t find much written by me about the Bible’s clean and unclean food laws. It isn’t because I don’t have an opinion; rather, it’s more because I just haven’t gotten around to tackling such a controversial topic.

However, if you want to know the truth, our family does try to follow God’s commands about clean and unclean food. Most of our friends don’t agree that we should avoid foods like pork or shellfish, and we’re not trying to force our views on them. But over the past few years, as we’ve searched the Scripture, we’ve gotten more and more convinced.

There are huge theological implications behind this, and maybe someday I’ll have the energy to write about some of that here. Not today. But besides what I’ve read in the Bible, I’ve also been thoroughly convinced by the scientific research that validates God’s Word. I won’t even share all that today. I’ll leave it to you to begin searching it out, if you’re interested. But it’s intriguing that science and the Bible agree, isn’t it?

Why would God make such strange laws anyway? Well, it’s similar to why a mother would not allow her children to jump on the furniture or to tip their chairs back on two legs. They could get hurt! She knows from experience what can happen, so she lovingly makes a “commandment.” Of course, she won’t stop loving them if they fall and knock their heads open… yet, her rules are there for their protection.

For me personally, I’ve suffered physical consequences from eating pork. One of the strange “benefits” of having Addison’s disease is that bad food choices (whether unclean foods, sugar, or MSG) make me feel yucky pretty fast. It’s great motivation for me to try to make good choices.

But even if I were healthier and could eat whatever I wanted, with no regard for the Bible’s opinion on food, it wouldn’t mean that my body wasn’t being harmed at the cellular level, where no one could see.

So today’s post isn’t an attempt to convince you. I’m not even interested in comments or emails trying to convince me that I’m wrong. I’m just hoping to make you think… to consider that there might be another way.