You are here: Home / Blog / Bible study / The Fear of YHWH 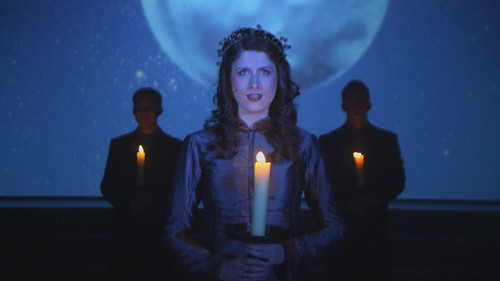 As we continue our Bible study from my book Juggling Life’s Responsibilities, we see this question:

“The fear of YHWH is the beginning of wisdom;
all who follow his precepts have good understanding” (Psalm 111:10).

Since a common form of Hebrew poetry is a comparison, which states the same thing twice, then we can deduce what the “fear of YHWH” is by seeing what it is equal to in the second half of the verse.

The beginning of wisdom >> [is the same thing as] >> good understanding

In the original Hebrew, it literally says, “Good understanding have all they that do.” The fear of YHWH is an action, or belief in the heart that comes out in the way we live.

Let me quote a little from my ebook, Life Lessons from Proverbs:

I think I can best illustrate [the fear of YHWH] by telling you about my kids. My children are fairly obedient. Probably eight times out of ten, if I ask them to do something, they’ll do it. But nothing frustrates me faster than to have one or more of them disobey or even obey with a bad attitude, over and over, all day long. Even worse is when they repeatedly disobey me, but when DADDY walks in the door, they immediately do as he says. It’s not fair!

Then again, I remember when I first met my husband. You see, he’s three times my size! When he sits in a roomful of people, he sits a whole head taller than anyone else. He has a booming voice. He even coughs loudly! And he’s soooooo strong. I don’t even seem to notice his size anymore. But I used to! I know he’s a big teddy bear, but my children, several feet shorter than he is, are very wise to listen and obey when Daddy speaks!

Are they afraid of him? Well, when they’ve done wrong, sure they are! They’re afraid in a good way. Their fear makes them listen, makes them obey, and makes them realize the consequences if they don’t pay attention. (Of course, I guess they all know that Mommy is wimpy compared to Daddy, so that’s why it takes a little more for me to catch their attention. Not even the dog listens as well to me….)

God wants us to fear Him. We don’t hear much about fearing God, do we? It seems to fly in the face of what we know about God. How can we fear a God who loves us, who is merciful and gracious, who is patient?

Here’s how — in the same way my children, who wrestle with their daddy and give him bear hugs and smooches and cry if he’s gone too long and they miss him, FEAR him when they have done wrong….

One evening, my children asked if they could play in our front yard. Because of traffic, I warned them to stay within the protection of our fence. A neighbor boy came riding by in his cool toy 4×4 truck. All my kids pressed their noses through the chain-link fence, ooh-ing and ahh-ing over his truck. However, only a moment later, the little boy steered it wrong and had a minor crash. (Note: He wasn’t doing anything wrong — he had permission to be out there — so maybe this is a poor comparison.) But because my children “feared” me and stayed within the protection of the yard the whole time they were outside, they were spared from getting hurt.

God wants us to fear Him “all the day long” (Proverbs 23:17, KJV). The word “day” here (literally, from sunrise to sunset) implies that we are to live as conscious of YHWH’s presence from the moment we get up, through all our activities of the day, and until we go to sleep at night.

Our family watched a special of “Riverdance: Live from Beijing” on our local public television this week.

While it was fun to watch the dancers and hear the beautiful music, we were all shocked at the blatantly pagan beginning to the show. As the dancers came out on stage, the narrator reminded us of what the children of Noah, especially by the time of Babel, said in their revolt against YHWH God, as they chose instead to worship the sun and moon:

The Sun is our Lord and Father
Bright face at the gate of day
Lifting our hearts, we sing its praise
Dance in its healing waves

The descendants of Noah built a temple to the sun in Babel. “Come, let us build ourselves a city, with a tower that reaches to the heavens, so that we make a name for ourselves” (Genesis 11:4).

The Bible also tells us that the builders of the city of Babel used brick instead of stone, and tar for mortar (Genesis 11:3), because God had promised that if they were disobedient yet again, He would destroy the world by fire rather than flood. Their choice of building materials was like shaking their fists in anger at YHWH God!

“The wrath of God is being revealed from heaven against all the godlessness and wickedness of men who suppress the truth by their wickedness, since what may be known about God is plain to them, because God has made it plain to them. For since the creation of the world God’s invisible qualities—his eternal power and divine nature—have been clearly seen, being understood from what has been made, so that men are without excuse.

“For although they knew God, they neither glorified him as God nor gave thanks to him, but their thinking became futile and their foolish hearts were darkened. Although they claimed to be wise, they became fools and exchanged the glory of the immortal God for images made to look like mortal man and birds and animals and reptiles.

“Therefore God gave them over in the sinful desires of their hearts to sexual impurity for the degrading of their bodies with one another. They exchanged the truth of God for a lie, and worshiped and served created things rather than the Creator—who is forever praised. Amen.

“Because of this, God gave them over to shameful lusts. Even their women exchanged natural relations for unnatural ones. In the same way the men also abandoned natural relations with women and were inflamed with lust for one another. Men committed indecent acts with other men, and received in themselves the due penalty for their perversion.

“Furthermore, since they did not think it worthwhile to retain the knowledge of God, he gave them over to a depraved mind, to do what ought not to be done. They have become filled with every kind of wickedness, evil, greed and depravity. They are full of envy, murder, strife, deceit and malice. They are gossips, slanderers, God-haters, insolent, arrogant and boastful; they invent ways of doing evil; they disobey their parents; they are senseless, faithless, heartless, ruthless. Although they know God’s righteous decree that those who do such things deserve death, they not only continue to do these very things but also approve of those who practice them” (Romans 1:18-32).

What do you think, ladies? Is our culture pagan? (Click some of the links below for recent evidences of our pagan culture that I’ve noticed, and add more thoughts in the comments below.)

What do you think, ladies? Does God promise that His wrath is coming?

What do you think, ladies? Should we fear our YHWH God? Or should we respond as the ancient people of Babel (and later, the ancient Celtic peoples, or other societies as well), reacting in anger against God, not giving Him thanks, exchanging the truth of God for a lie, worshiping created things (sun, moon, statues) rather than the Creator, and by following the sinful desires of our hearts?

Romans says that they exchanged the truth of God for a lie. The fear of YHWH, also known as doing His commands, is the beginning of wisdom.

Which do you choose? A lie or wisdom? It all begins with who you fear.

« More Hours in My Day…
Homemade Bread, Housework, and Homeschooling?! »