You are here: Home / Blog / Priorities / Parenting / Homeschooling / Teaching Our Children the History of Babylon 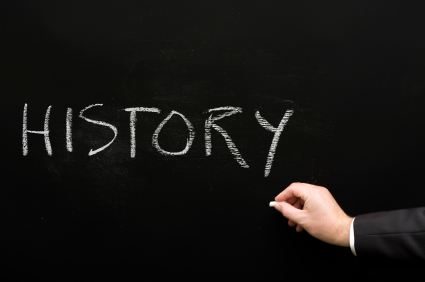 Why is it important to teach our children about the Tower of Babel (Genesis 11:1-9)?

Only the Bible contains true history.

There are a lot of theories in history textbooks, which try to explain the origins of our world. Some theories say that mankind had its roots in Africa. Some say that Egypt was the first great culture. Some even say that aliens from other planets came to our world and taught us how to build great empires.

Yet how can we explain how so many cultures have similar temple structures, worship the same kinds of gods, and even have similar myths of creation and a worldwide flood? If we understand that the Bible contains true, eye-witness accounts of history, then we know that Genesis explains all these things.

God says that mankind had its origins with a single set of parents, Adam and Eve, but that all their children except the godly line of Seth rebelled against God and were destroyed in a flood of water. After the flood, Noah’s three sons and their wives became the parents of all people, cultures, and nations that exist on the earth today. The reason every culture has similarities is because they all originated in the same place.

The Bible says that before people were scattered over the face of the earth, they united in Babel in defiance of God. Before God changed their languages, they had one religion and a one-world government. They built a temple there, known to us as the Tower of Babel, that became the template for temples, pyramids, and ziggurats all over the world.

Knowing what the Bible presents about the history of mankind and believing in its truth makes all the rest of history make sense. It is imperative that we teach it to our children!

Babel (Babylon) is the empire that has tried to rise up against God.

Babel (Babylon) was a real place in history, where Nimrod led a rebellion against the God of heaven. Babylon is also a world system, a philosophy, and a religion, one that continues to permeate our world to this day.

Christine Miller has written extensively on the history of Babylon, with links to primary sources, which you could use to teach Babylon’s history to both yourself and your children:

After the tower of Babel was abandoned, its world system, philosophy, and religion have continued to survive all the way down to our present time. By searching for references to Babylon in the Bible and by reading what it says, we can have a much better understanding of our own Babylonian-like culture, as well as God’s plan for the future. It is imperative that we teach it to our children!

Sometimes it’s difficult to understand all the religions in our world today. We have choices such as Zoroastrianism, Hinduism, Buddhism, Jainism, Taoism, Confucianism, Judaism, Catholicism, Christianity, Islam, Baha’i, Unitarian Universalism, and so many more.

The Bible says there are only two religions, those who follow God and those who follow this world’s system. All nations and mankind have united themselves together in their opposition against God, and the Bible calls this “Babylon.”

When we learn how the people of Babel “worshiped and served created things rather than the Creator,” we can then easily spot the lies of Satan when they are presented to us today. It is imperative that we teach it to our children!

Every prophecy God has made so far has come true, exactly as God has said it would. In the same way, God’s prophecy of the downfall of Babylon, this world’s system, will also come true.

“The purpose of prophecy is not to give Christians a crystal ball into future events. Its purpose, once what is prophesied has clearly been seen to come to pass, is to produce the conviction that the God of the Bible is God, thus inspiring repentance, and faith.”

One of the purposes of using God’s Word to teach history is that it instills great faith in our children. They can easily see that God always keeps His promises, which gives them the courage and strength they need to walk with God in their daily lives. It is imperative that we teach it to our children!

“God’s own people are portrayed as dwelling in Babylon! God calling the righteous to depart from Babylon before it gets judgment dumped on it sounds eerily familiar. Remember the two angels visiting Lot and leading him away from the city while fire rained down on it from heaven? Remember Lot’s wife, who Jesus told us looked back on the city with longing, and was turned into a pillar of salt? We were warned not to be like Lot’s wife.”

We are to be different, from the inside out.

As you know, we accomplish these two goals by first placing God’s commands in our own hearts and then talking about them with our children all day long. This is why homeschooling is such a great opportunity! We have the time we need to study with our children and then to implement God’s Word (our textbook) into our entire lives. It is imperative that we teach it to our children!